Board member Jay Hoag boosted his already large stake by almost 50% in May, which suggests he's optimistic about the company's prospects.

This significantly increased Hoag's ownership stake and shows his conviction not only in the company but also in the current price of the stock. What's more, Hoag is not unique in his position among insiders: Several Zillow execs and board members own substantial amounts of stock. What do they see that makes them so bullish? 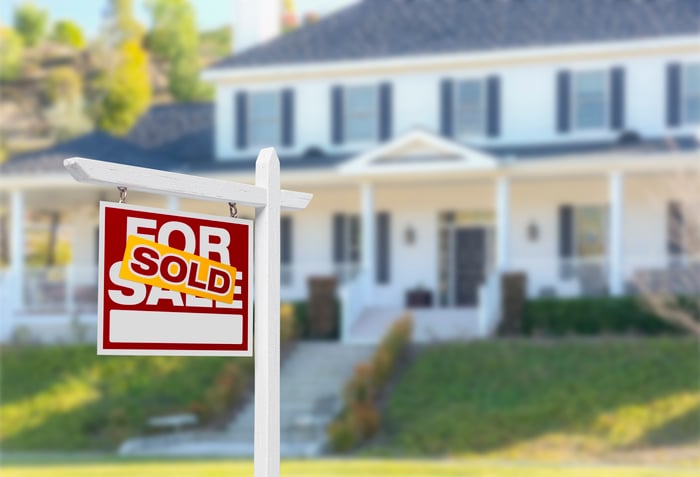 Insider buying and ownership at Zillow

When Hoag purchased stock last month, it was notable not only because of the quantity but also because he picked up the shares on the open market. In doing so, he was very publicly calling attention to his belief that the stock is a buy at the average $41.80 per share he paid. He was also signaling his bullish outlook based on the size of the purchase, which lifted his ownership from roughly 4.3 million shares to 6.4 million shares.

As the table below shows, a handful of other Zillow insiders own stakes worth more than $100 million.

Data Source: Zillow Financial Reports. Value of ownership based on latest Zillow closing price as of this writing: $46.65 per share.

That's a positive sign. It shows that the people running the company have more than just their reputations on the line -- they have significant skin in the game. It's also great that the co-founders are still involved. "Owner-operators" know their businesses better than any outsider possibly could, having built them from the ground up.

What insiders are betting on

The fact that these insiders have made huge bets on Zillow shows their confidence in the company's future, but what is it exactly that they're betting on? The answer: continued growth and a potentially game-changing new business line.

Zillow is in the business of applying technology to all aspects of the residential real estate market. It owns a portfolio of websites focused on different aspects of renting, buying, selling, and financing homes. Through its different offerings, the company helps people research homes to buy or rent, connects people with real estate agents and lenders, and has recently entered into the business of directly buying and selling homes.

Zillow is known for its extensive catalog of data on residences, including housing prices, rental rates, and what properties are available for sale. This has attracted a large audience to its websites and apps -- in the first three months of 2019, Zillow counted more than 181 million average monthly unique visitors. The company generates revenue by selling advertising on its website and by charging real estate professionals to use its platform to connect with customers. 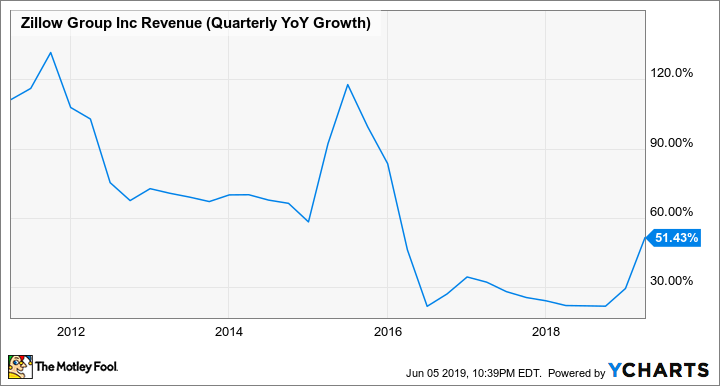 However, Zillow's newest business -- directly buying and selling homes -- is also its most controversial. The thinking behind Zillow Offers is that the company's vast real estate database will give it an edge in buying attractively-priced properties that it can repair and upgrade, then resell for a profit. In 2018, Zillow even acquired a mortgage company to help finance those home sales to customers.

The Zillow Offers business was started in April 2018, but it is already operating at scale. Last quarter, the company purchased 898 homes and sold 414 homes, generating $128.5 million in revenue. The company's management team believes Zillow Offers could become a multibillion-dollar business.

That's a bold bet. Zillow Offers is a capital intensive business that exposes the company to the risk of losses if it makes poor investments. It's also a sharp departure from its legacy business model of selling services against its platform. However, Zillow's insiders are clearly optimistic about the new business.

Zillow has an intriguing business, and it certainly boasts impressive growth metrics. The company's legacy operations continue to plow forward, but it appears that a lot will ride on the success of Zillow Offers. If the company really can systematically buy cheap houses and quickly resell them at a profitable mark-up, that will be a game changer.

Academic research supports the idea that buying stocks in companies with strong insider buying on average leads to good investment outcomes. It is also plain common sense that if the people who know the most about a company own a lot of stock in it and are buying more, it could be a smart idea to follow their lead.