Advanced Micro Devices (NASDAQ:AMD) finally took the wraps off its first Navi-based graphics cards at E3 earlier this week. The Radeon RX 5700 and RX 5700 XT, set to launch on July 7 along with AMD's third-gen Ryzen PC CPUs, will go after the mid- to high-end portion of the graphics card market.

These cards won't be able to touch rival NVIDIA's (NASDAQ:NVDA) top-tier products; AMD's lackluster Radeon VII remains the company's highest-end product. But based on AMD's numbers, these new cards will give NVIDIA a run for its money. NVIDIA's ultra-high pricing for its RTX series of graphics cards opened a door for AMD, and the company is taking advantage of the opportunity. 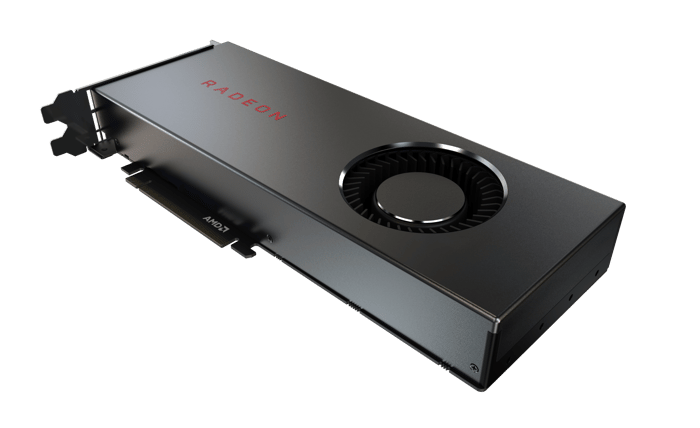 Both of AMD's new graphics cards use the company's Navi 10 GPU and its RDNA architecture. The GPUs are manufactured on Taiwan Semiconductor Manufacturing's 7-nanometer process, the same one used for its third-gen Ryzen chips. The combination of a new architecture and a cutting-edge manufacturing process has allowed AMD to make big gains in performance and efficiency.

AMD presented some benchmarks during its E3 presentation comparing the RX 5700 to NVIDIA's GTX 2060. Across 10 tested games, the RX 5700 outperformed the GTX 2060 across the board. The outperformance ranged from 2% to 21%.

This data comes straight from AMD, so it should be taken with a grain of salt. Third-party testing closer to launch will give investors a better idea of how these cards really perform in the real world. But if AMD's numbers are in the ballpark, the RX 5700 and RX 5700 XT will be viable alternatives to NVIDIA's products. And in the case of the RX 5700 XT, AMD undercuts NVIDIA on price.

One thing to note: While NVIDIA's RTX series graphics cards feature dedicated hardware that accelerates ray tracing, AMD's new cards do not. Given that these cards aren't targeting the ultra-high end of the market, where exorbitant prices are paid for bleeding-edge technology, this may not matter much. But it's hard to say how much the lack of ray tracing support will hurt AMD here.

Rumors have emerged in recent weeks that NVIDIA is planning to launch refreshed versions of its RTX graphics cards. While nothing has been confirmed so far, the speculation is that these faster refreshed cards will be priced the same as the original RTX cards, with the original cards then potentially seeing price cuts.

If these rumors are borne out, the small performance lead that AMD is claiming could quickly vanish. But the fact that NVIDIA is rumored to be considering a refresh in response to AMD's launch is a sign that the company may be worried about losing market share.

AMD's new graphics cards should make AMD competitive at price points where it's struggled in the past. But exactly how much market share it manages to win from NVIDIA remains to be seen.