The memory specialist had climbed nearly 40% year to date heading into May, but trade troubles sent shares tumbling and wiped out most of its gains.

Shares of Western Digital (WDC 2.77%) tumbled 27.2% in May, according to data from S&P Global Market Intelligence. The stock fell as the prospects for a quick resolution to trade disputes between the U.S. and China faded and a ban on dealing with Huawei removed a sizable player from its customer base. 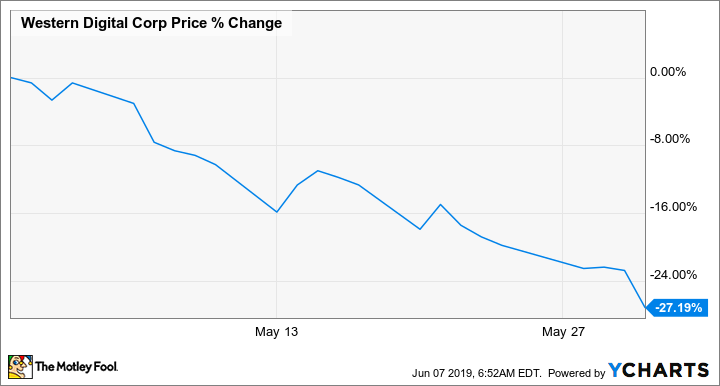 Western Digital already started May off on the wrong foot -- following on the heels of disappointing third-quarter results published late in April that once again showed a significant decline for flash memory prices. That negative momentum combined with new complications in the fraught trade dynamic caused the storage specialist's stock to give up most of the gains it had made on the year. 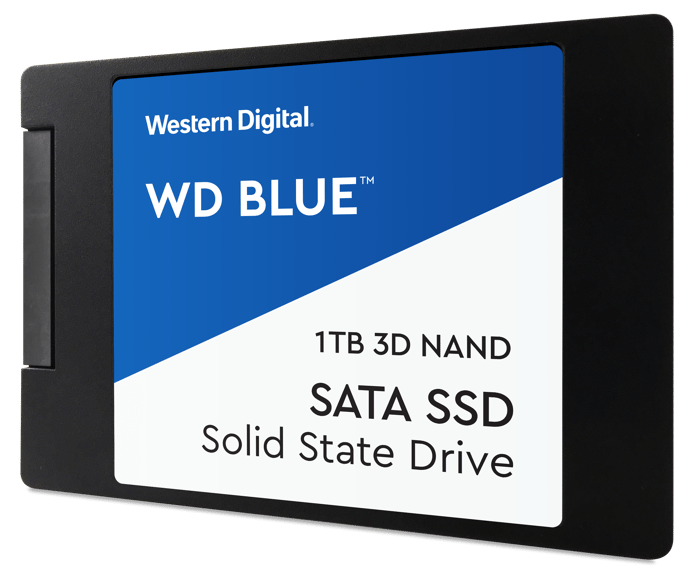 Western Digital has been hit hard by supply glut and weakening prices for flash memory, and the standoff with China has further complicated its operations and outlook. Management recently revealed that the company was able to get around the new tariffs by shifting its supply chain to other countries, but the Trump administration's move to ban American companies from partnering with Huawei due to security concerns is more significant. Huawei is one of the world's largest manufacturers of consumer technology hardware, and the ban will have a material impact on demand for Western Digital's NAND flash memory storage.

Western Digital stock now trades at roughly eight times this year's expected earnings and sports a 5.3% dividend. The company is still a top player in the solid-state drive market and one of the biggest component manufacturers in the world, and that valuation may pique the interest of both value- and income-focused investors. However, with slowdown for the global handset market and ongoing uncertainty in China, it's not clear whether its highly cyclical business has an upswing on the near horizon or a longer slog to recovery.

The company does expect increased shipments for flash in the second half of the calendar year, but it looks like pricing pressures will remain. Western Digital has been having more success in the enterprise market, and with a challenging outlook in consumer devices and personal storage, it's turning to growing market share in data centers and other large-storage categories as well as a range of cost-cutting initiatives to drive performance.