Uber, Palo Alto Networks, and Shopify should be on investors' must-have list.

Investors who are looking for some top growth stocks certainly have their pick right now. There are plenty of publicly traded companies that are tapping into new trends and have the potential to ride them for years to come.

But to help you find some the best growth stocks to invest in, we reached out to three Motley Fool contributors for their top growth stock picks, and they came back with Uber Technologies (UBER 1.81%), Palo Alto Networks (PANW 0.68%), and Shopify (SHOP 2.01%). Here's why. 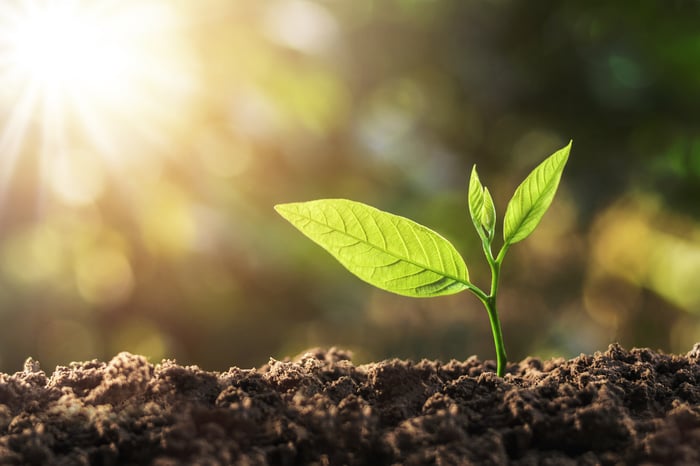 Daniel Miller (Uber Technologies Inc.): It was a fairly embarrassing time for the ridesharing industry as both Lyft and Uber crashed and burned during their initial public offering (IPO) in late March and May, respectively. Perhaps the IPOs were ill timed as the market was rattled amid China-U.S. trade tensions, but one thing is for sure: Uber's long-term legacy won't be defined by this early speed bump. That's why, if you believe in Uber's ability to become a one-stop shop for transportation and commerce long term, it's still a top growth stock to buy right now.

Despite Uber's lackluster IPO, there's no question the company's top-line growth has been impressive. Revenue jumped from $3.8 billion in 2016 to $7.9 billion in 2017, and then up to $11.3 billion during 2018. During the company's first public earnings presentation, the company's revenue was still 20% higher than the prior year, and many analysts believe that growth is sustainable in the near term. But, wait, there's more: During the first quarter, Uber's gross bookings and monthly active platform consumers (MAPCs) jumped 34% and 33%, respectively. The potential growth story is definitely intriguing for long-term investors.

There's plenty of reasons to be optimistic about Uber's potential to branch into different categories including food delivery, other unique mobility operations such as bikes, freight transportation, in addition to its traditional ridesharing business. The truth is, however, that the core business will revolve around ridesharing for the foreseeable future and that means heavy losses in the near term: Uber posted a hefty $1.012 billion loss during the first-quarter with its adjusted EBITDA loss more than tripling.

If investors believe in the company's ability to reach profitability, branch into new categories, expand globally and perhaps one day incorporate driverless vehicles into its business model, Uber is a growth stock to buy now and its IPO debacle should be overlooked.

Nicholas Rossolillo (Palo Alto Networks): After Palo Alto Networks reported first-quarter 2019 results, its stock has endured a total thrashing. Shares are down about 25% since reaching all-time highs in early May, mostly erasing the 2019 rally. The story isn't as bad as it looks, though.

On the contrary, Palo Alto exceeded its previous guidance and posted 28% revenue growth and 26% adjusted earnings growth during the early months of 2019. Why the disillusionment among investors? Guidance for the next quarter came in below expectations -- revenue is expected to slow to "only" a 20% to 21% increase and adjusted earnings up 10%.

Granted, there are a few headwinds that can be blamed for the sluggish outlook relative to the recent past. Many of Palo Alto's customers are transitioning over to shorter annual contracts instead of multiyear ones, which is affecting revenue recognition; the trade war between the U.S. and China is also having a negative, albeit small, impact on the bottom line; and Palo Alto is shelling out cash to fund its string of acquisitions over the last couple of years.

Nevertheless, this is a best-in-class security stock that just went on sale. At just 18.9 times trailing-12-month price to free cash flow, that is a more than agreeable price to pay for a company that's growing as fast as Palo Alto Networks is. Add in the growing importance of cybersecurity in today's digital age, it all adds up to a great long-term growth story worth holding on to for the foreseeable future.

Chris Neiger (Shopify): Think Amazon is the only company benefiting from the $24 trillion e-commerce market (by 2025)? Think again. Shopify provides a platform and services to businesses of nearly any size to help them build out their online presence and increase their own sales -- and the company's recent growth is nothing short of phenomenal.

In the most recent quarter, Shopify's sales popped 50% compared to the year-ago quarter and the total number of merchants on the platform now sits around 800,000. The strong sales growth came from the company's two main revenue segments: merchant solutions and subscription solutions. Merchant solutions (which includes payment transactions, fees, and hardware sales) increased 58%, and subscription solutions jumped 40% year over year.

Additionally, Shopify is expanding its revenue streams by boosting one of its key services, called Shopify Plus, which helps major brands and large companies with enterprise e-commerce services. Shopify Plus now accounts for 26% of the company's monthly recurring revenue, up from 22% in the first quarter of 2018.

Shopify's share price has skyrocketed 88% over the past year, and with the company's growing potential to tap further into the e-commerce market, Shopify still has plenty of room to benefit. Investors looking for a great e-commerce play that's able to scale right along with businesses as they grow their online sales should consider snapping up Shopify's shares right now.