It may have kept the same recognizable stock ticker, but the Dow Inc. (NYSE:DOW) that investors see on financial dashboards today is a completely different company from its namesake. The new business harbors the materials science assets from both the old Dow Chemical and the old DuPont -- not to be confused with the new DuPont, of course -- which merged into DowDuPont and then split into three.

While the spinoffs are now complete, there will be many moving parts at all three companies for the next several quarters at least. That said, investors who squint hard enough will be able to pierce through the settling dust at the materials science leader and see an ambitious plan to generate significant cash flows. Does that make the new Dow a buy? 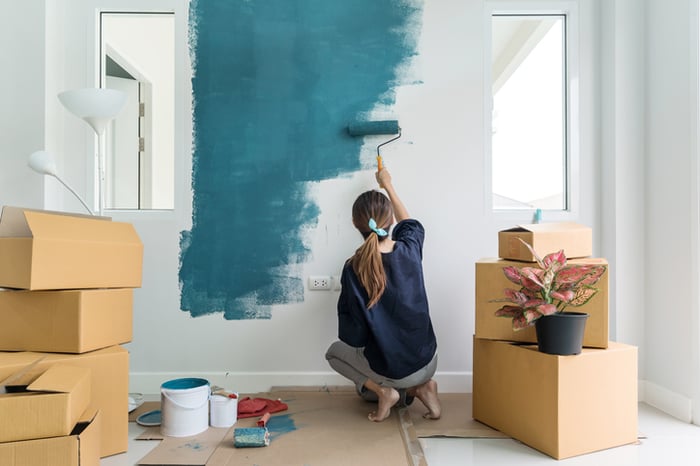 Dow is a $38 billion behemoth and the largest of the three spinoffs from DowDuPont. Unlike the old Dow Chemical, which was focused on everything from agricultural tools to specialty chemicals, the new business is focused solely on mature materials science assets. The portfolio includes performance materials such as paints and coatings, industrial chemicals such as solvents and lubricants, and packaging and specialty polymers.

Meeting those ambitious goals will require capital discipline and a little help from new growth projects, but most of the work is already complete. Consider how much the company has slimmed down compared with its predecessor:

The sharply reduced headcount resulted in over $650 million in cost synergy savings through Q3 2018, with another $700 million expected by the end of this year. And although the business has whacked $1.9 billion in corporate and R&D expenses from 2015 levels, it still boasts the leading market position in 14 different chemical products.

Dow has committed to maintain that discipline. Management expects to keep annual capital expenditures at about $2.8 billion, down from the recent average of $4 billion. That will reduce capital intensity, result in shorter payback periods for investments, and mitigate uncertainty from market cycles. 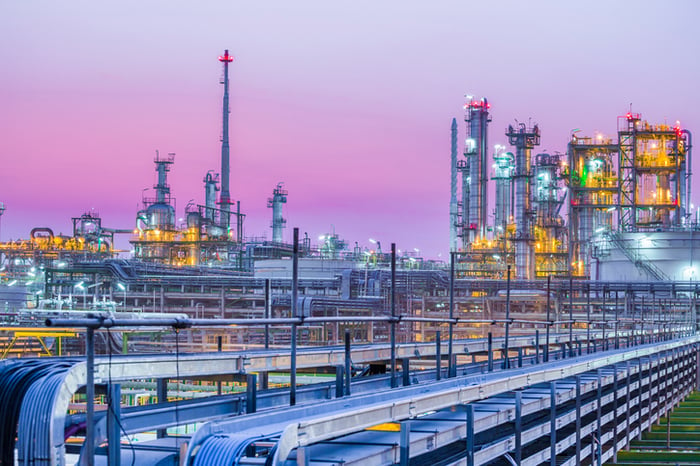 That will be possible in the near term as investments in large-scale greenfield projects, primarily along the U.S. Gulf Coast, are completed and the assets enter production. After that, Dow expects to shift its capital investment focus to brownfield projects. Not only are they cheaper to develop, but they'll also deliver roughly the same production growth as the previous wave of greenfield projects.

The savings are expected to be divided up between maintaining an acceptable debt profile, with an adjusted debt-to-EBITDA ratio of 3 or less; continuing to pay peer group-leading dividends, at 45% of net income; and offering a generous share repurchase program, at 20% of net income initially.

Dow isn't going to blow investors away with growth, nor will it deliver flashy products into the market, but it promises to remain a stable cash cow for your portfolio. There may be some volatility throughout the remainder of the year as the dust from the separation settles and stranded costs roll off the books, but individual investors with a long-term mindset will earn an annual 6% dividend yield for their patience. Of course, commodity-linked businesses are always at risk of suffering during economic downturns, but recent investments in the Gulf Coast should help to significantly reduce the company's production costs, while a leaner cost structure should make the business more resilient. It's not without risks, but the new Dow should be considered a buy.