Tilray (NASDAQ:TLRY) CEO Brendan Kennedy doesn't shy away from stating his optimistic takes on the global cannabis industry. Last year, for example, he told Mad Money host Jim Cramer that there will be "multiple hundred-billion-dollar companies" in the cannabis industry. That interview fired up investors so much that Tilray's share price skyrocketed nearly 40%.

Brendan Kennedy was at it again on Wednesday. He and Tilray CFO Mark Castaneda spoke at the Stifel 2019 Cross Sector Insight Conference in Boston. And again, Kennedy expressed his optimistic view of what's in store for the cannabis industry. Here are five eyebrow-raising predictions from Tilray's CEO and CFO that you'll want to know. 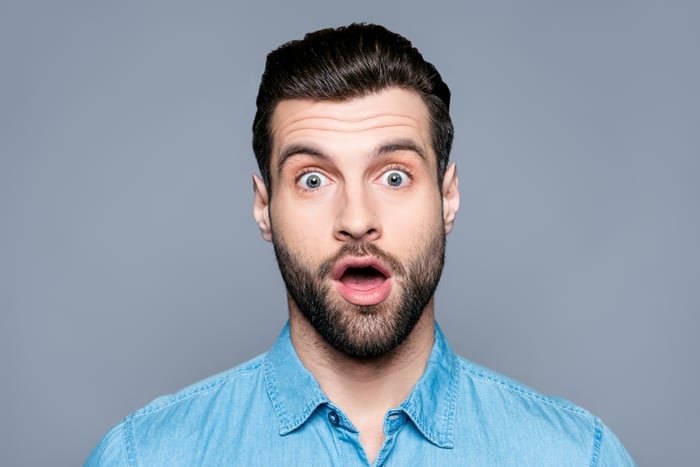 1. The number of countries with legal medical cannabis markets will double over the next two years or so

This is a "notable opportunity" for Tilray, according to Kennedy. Keep in mind, though, that he's not forecasting that global medical cannabis sales will double during the period. However, as the medical cannabis markets in Germany and the U.K. expand, leading cannabis producers should enjoy tremendous sales growth.

2. Three new countries will legalize adult-use recreational marijuana over the next 12 to 18 months

Currently, only two countries -- Canada and Uruguay -- have legal adult-use recreational marijuana markets. Brendan Kennedy predicts that three additional countries will join the club over the next 12 to 18 months.

3. The U.S. will legalize cannabis within three years

Kennedy also predicts that the U.S. will legalize marijuana at the federal level within the next three years. Thirty-three U.S. states have already legalized medical cannabis. Eleven states have legalized recreational pot, including the most recent addition -- Illinois -- just a couple of weeks ago.

Bipartisan efforts are underway to pass legislation to revise federal marijuana laws. While passage in the House of Representatives seems to be a shoo-in, the Senate could be a tougher battleground.

The U.S. has already legalized one form of cannabis at the federal level -- hemp. Unlike marijuana, hemp contains very low levels of psychoactive ingredient THC. Brendan Kennedy predicts that close to 90% of U.S. retailers will sell products containing hemp-derived cannabinoids by the end of 2019.

Quite a few major retailers have already announced plans to sell hemp-based cannabidiol (CBD) products. One of the biggest pharmacy retailers in the world, CVS Health (NYSE:CVS), revealed in March that it was offering CBD products in some of its stores. Since then, several other big retailers, including Walgreens Boots Alliance (NASDAQ:WBA), Rite Aid (NYSE:RAD), and Ulta Beauty (NASDAQ:ULTA), have jumped on the bandwagon.

5. Over the long run, only three or four companies will split around 80% of the global cannabis market

Will there be a highly fragmented global cannabis market? Not according to Tilray CFO Mark Castaneda. He predicts that "only three or four large players" will dominate the space with around 20% market share each and "thousands of other companies to fight" for the remaining 20% of the market. This is consistent with Brendan Kennedy's view that there will be a handful of cannabis companies with valuations of $100 billion or more.

Tilray fully expects to be one of those large dominant players. The company thinks that its partnering strategy will be key to its efforts in achieving that goal.

Most of the predictions from Brendan Kennedy and Mark Castaneda appear to be pretty realistic. It wouldn't be surprising for many more countries to legalize medical cannabis or for the U.S. to revise federal laws that leave marijuana legalization to individual states. And with many major retailers already announcing plans to market CBD products, Kennedy's prediction about the U.S. retail CBD market might not be too far off.

I also suspect that he could be right about the cannabis industry being dominated by a handful of large companies. Tilray has a decent shot at being one of them, in my view.