The IPO market is suddenly hotter than a five-alarm blaze, while a top tech supplier issues a forlorn forecast.

At this point, anyone with a lemonade stand should consider launching an initial public offering (IPO). After all, the two most recent IPOs have been runaway successes. The second of the pair, freelance marketplace Fiverr International (FVRR 5.69%), debuted on the market today, and let's just say its price climbed a bit higher than the $5-per-job figure it originally became known for.

In terms of more established stocks on the exchange, Broadcom (AVGO 3.03%) reported its Q2 of fiscal 2019 results after market close. After-hours trading in shares of that company is lively, but that's not necessarily a positive development... 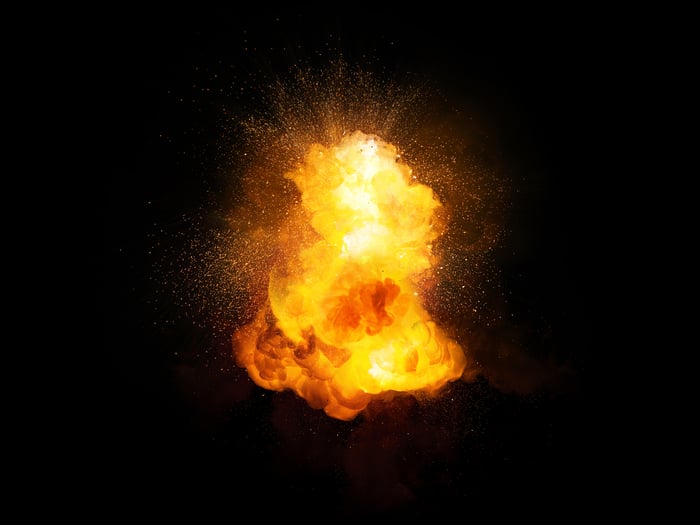 Fiverr: The second IPO megahit in as many days

Twenty-four hours after the stock IT security company CrowdStrike took off like a rocket on its first day of trading, so too did Fiverr. From its IPO price of $21 per share, Fiverr zoomed 90% higher to end its inaugural trading day at $39.90. Investors continue to clamor for the stock tonight; in post-market action, it's up an additional 7.5%.

This is a bit surprising, since the two famous gig economy IPOs -- Uber and Lyft -- haven't exactly set the market alight. And like those two companies, Fiverr has not been profitable on the bottom line.

On the bright side, Fiverr differentiates itself from Lyft and Uber by being a broad marketplace for work, in which users can get help with everything from copy writing to graphic design to language translation. Additionally, it's got some scale -- according to company figures, it has brokered over 50 million instances of work.

Broadcom, a chipmaker that relies on Apple for a big chunk of its revenue, delivered an earnings report after hours that isn't satisfying investors.

This meant mixed results when compared to the average analyst estimates. Prognosticators who track the company were expecting a top-line result of almost $5.7 billion and EPS of $5.16.

That revenue miss wasn't particularly drastic. Instead, concern seems to center around Broadcom's full-year 2019 guidance, which was revised downward. The new forecast is for $22.5 billion in revenue, quite a drop from the $24.5 billion it had previously estimated, and well shy of the average $24.3 billion projected by analysts.

The company said that it is expecting "a broad-based slowdown in the demand environment, which we believe is driven by continued geopolitical uncertainties, as well as the effects of export restrictions on one of our largest customers." That customer is Huawei, the controversial Chinese tech giant that has been at the heart of the recent China-U.S. trade dispute.

Broadcom stock is down by more than 8% in after-hours trading. Still, there are reasons to be bullish about its prospects -- it's still well in the black, and earlier this week it revealed it signed a new deal with longtime customer Apple on the provision of radio frequency components. That arrangement will be in force for two years and cover Apple's most iconic products (namely iPhones, iPads, and Apple Watches).

Faster Internet Is Coming to the Rural U.S., and These 2 Chip Stocks Could Be Big Winners
411%