Some auto recalls are a big deal, but some aren't. Here's how to tell.

Ford Motor Company (F 3.19%) said on June 12 that it is recalling about 1.5 million Explorer SUVs made between 2011 and 2017 in order to fix a suspension problem that could lead to a loss of steering control.

For owners of the affected vehicles, there's no question that this is a big deal: Make an appointment and get it fixed. But is it a big deal for Ford investors?

Let's make the question a little broader. Sometimes, news of a recall can have a big (negative) effect on an automaker's stock price. But often the news seems to pass almost unnoticed, at least by investors.

How can auto investors tell whether a recall is bad news -- or just news? 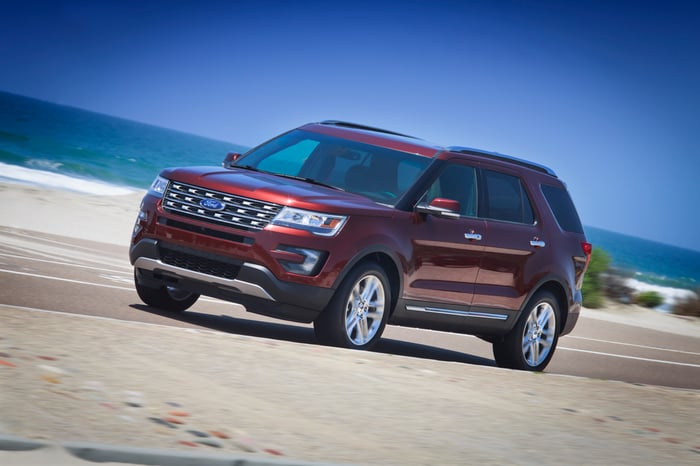 Ford is recalling 1.5 million Explorer SUVs made between 2011 and 2017 to fix a suspension defect that could cause a crash. Image source: Ford Motor Company.

How to tell if a recall is a big deal -- quickly

Whenever an automaker that we've invested in announces a recall, there are two big things we want to know right away: Has anyone been hurt or killed as a result of the defect, and how much will it cost the automaker to repair all of the affected vehicles?

How do we assess those things after we've seen the initial news report? Most times, we can learn what we need to know from the press release and regulatory filing that follow the announcement. Let's take a closer look at what Ford said about its recall.

A deeper look at the Ford Explorer recall

That's the defect. To repair the affected Explorers, Ford will replace the two rear suspension toe links with stronger parts and then reset the alignment of the rear wheels. Because it's a recall, those repairs will be free of charge to the vehicles' owners.

Now, our first question: Was anyone hurt as a result of this defect? Ford said that nobody has been hurt, but there has been one incident:

One customer reported hitting a curb when the toe link broke. Ford is not aware of any reports of injury related to this condition in markets included in this action.

That's good news. Now to our second question -- the cost --  we know (from the press release) that about 1.5 million Explorers in the U.S., Canada, and Mexico will need to be recalled and repaired. That, plus the news that parts will need to be replaced, suggests that it will be expensive -- but for specifics, we need to turn to Ford's regulatory filing.

Any time a public company announces news that could affect its guidance or financial results, it's required to file a Form 8-K with the Securities and Exchange Commission. Following its usual practice, Ford filed its 8-K moments after it announced the recall. Here's the relevant text:

Ford Motor Company is announcing today a field service action to correct a suspension issue in certain model year 2011 through 2017 Explorer vehicles. The cost of the action, which will be incurred by our North America business unit, is estimated to be $180 million. The expense will be reflected in our second quarter 2019 results. For the full year, we continue to expect Company adjusted EBIT to be higher than in 2018.

What do we take away from that?

So is Ford's recall a big deal?

As far as we know, nobody has been hurt as a result of the defect. That's good news. But we can't dismiss the recall entirely: Although it's unlikely that there will be further costs in the future, we know that Ford's second-quarter earnings will take a $180 million hit.

That's not a big deal in the grand scheme of things, but it's not nothing.