Shares of Casey's General Stores (CASY -0.63%) have jumped roughly 15% since the convenience store chain released fiscal fourth-quarter 2019 earnings on June 10. During the company's earnings conference call, CEO Terry Handley provided investors with several key reasons behind Casey's recent success. Below, let's zero in on three comments made by Handley that point to higher profits ahead and illuminate the burst of enthusiasm on the part of investors.

The [quarter's] results were primarily driven by effective control and operating expenses and margin expansion across all of our categories compared to the last fiscal year. We continue to make excellent progress toward the execution of the various components in the value creation plan and remain optimistic about the opportunities in the upcoming fiscal year.

Casey's value creation plan, introduced in March of last year, was designed to generate growth as measured by higher earnings per share, EBITDA, return on invested capital, and free cash flow. During the earnings call, Handley discussed a tweak to the company's approach.

Handley relayed that after some reflection, management has decided that margin expansion and expense management through process improvement are two key performance indicators that the organization must also adhere to in order to achieve its goals. This shifts the focus of value creation from simply gearing up same-store sales and opening new stores to a more nuanced method that values the generation of higher gross profit dollars.

Cutting costs is just one aspect of value creation

Price optimization represents a fundamental shift in our marketing processes for both fuel and in-store purchases, supported by increased visibility into our pricing and promotion strategy. We are excited about the benefit these programs will bring to the company.

Expense management is a major path to building gross profit and bumping up gross margin over time, but often, finding incremental methods to lift sales can be just as effective.

The company is utilizing well-regarded data science pioneer Dunnhumby to provide a separate in-store retail price optimization platform. This platform will be rolled out between June and September. In essence, the ability to price accurately, and in many cases marginally boost prices, supports the company's goal of lifting gross margin dollars in the coming years. 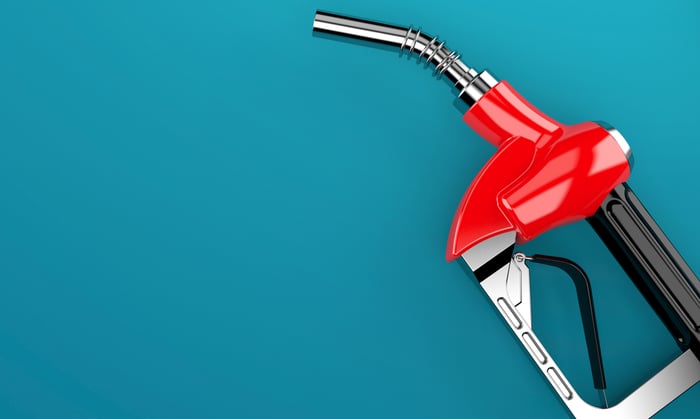 Our perspective on fuel profits has matured

During the fourth quarter in the fuel category, we experienced rising wholesale costs which put pressure on our margin. However, we were pleased with the way that retail fuels and store operations teams managed through this environment to optimize gross profit dollars.

In past years, Casey's General Stores perhaps focused too much on price competition at the pump. During the earnings call, Handley observed that the company's approach formerly involved ensuring that it wouldn't be undersold on retail gas by competitors.

Over time, management realized that with growth and the improved density of its store footprint, Casey's has evolved as a market leader and that it now often sets pricing that competitors are determined to match and not vice versa. I would also argue that with nearly 60% of its stores situated in towns with populations of fewer than 5,000 people, the company has created loyalty that provides some immunity to reasonable gas price fluctuations.

Handley stated that the company's adherence to competitive pricing likely created situations in which it lost margin opportunities while "artificially inflating volumes." The current line of attack, integrated with the price advantage optimization program and better fuel procurement, will seek to amplify gas profit margins through more realistic pricing. However, Handley cautioned that as always, Casey's will monitor its strategy from market to market, town to town, and store to store.