Thursday was relatively calm on Wall Street, as major stock indexes finished the session with modest gains. Most of the attention among investors went to happenings near the Persian Gulf, where the explosions of tankers carrying various energy products raised concerns about a potential serious confrontation among opposing powers in the area. Yet despite some fears, market participants were upbeat about the rising levels of consolidation in many industries across the economy, and some stocks benefited directly from that trend. Red Robin Gourmet Burgers (NASDAQ:RRGB), Callaway Golf (NYSE:ELY), and Summit Materials (NYSE:SUM) were among the top performers. Here's why they did so well.

Shares of Red Robin Gourmet Burgers soared 31.5% after the restaurant chain received an offer from an institutional shareholder to purchase the company. Vintage Capital sent the Red Robin board of directors a letter offering to acquire the burger specialist for $40 per share in cash, citing the need for the company to review strategic alternatives in light of subpar operating performance recently. At the very least, Vintage seems convinced that the existing board needs a complete shakeup. Even with the stock's gain today, it still trades well below the $40-per-share mark, suggesting that few expect Red Robin to accept the offer or to take steps to boost its intrinsic value above that level. 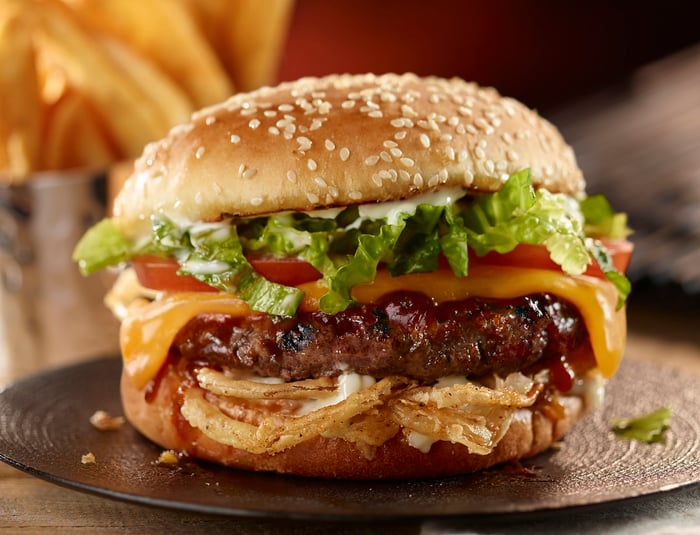 Callaway Golf's stock climbed over 14% following a hedge fund's disclosure of a substantial ownership interest in the golf specialist. Jana Partners said that it had accumulated 9% stake in Callaway and that it hopes to find ways to enhance shareholder value, with expected moves like exploring a sale of the company or other major strategic efforts. Jana believes that the stock is undervalued, but it blames some of that underperformance on board members, and through a collaboration with some key executives in the consumer products industry, the hedge fund could well attempt to replace some directors to get Callaway moving in the right direction.

Finally, shares of Summit Materials gained 14%. The cement and aggregates specialist reportedly has gotten interest from Colombia's Grupo Argos about a possible acquisition. Argos has a cement subsidiary, and adding Summit to its corporate empire would help built Argos' scale in the industry. Yet there's been a lot of competition in the cement and aggregates area lately, and with many analysts predicting strong demand due to favorable conditions in construction and other key buyers, Summit looks like it could easily turn things around after a tough year.