The online pet supplies retailer controlled by PetSmart storms out of the gate on its IPO. Is it a buy?

Chewy (CHWY 1.28%) made its public debut on the New York Stock Exchange Friday, and the stock quickly spiked as much as 86% from its offering price.

Signs were already pointing to a strong opening when the company priced the shares at $22 on Thursday, above the initial range of $19 to $21 per share Chewy had targeted. The stock opened around 11 a.m. at $36 per share, valuing the company at nearly $15 billion, and jumped as high as $41.06 before leveling off around the opening price. The stock was trading at $35.85 around 3:40 p.m., up about 63% from the offering price.

The online retailer also sold more shares than originally planned, with 46.5 million shares changing hands, up from the 41.6 million it initially targeted. PetSmart received the proceeds of 40.9 million shares, while Chewy sold 5.6 million shares, bringing the total proceeds to just over $1 billion.

Strong demand for Chewy's shares has driven up the price on its first day of trading, but is the company a buy? 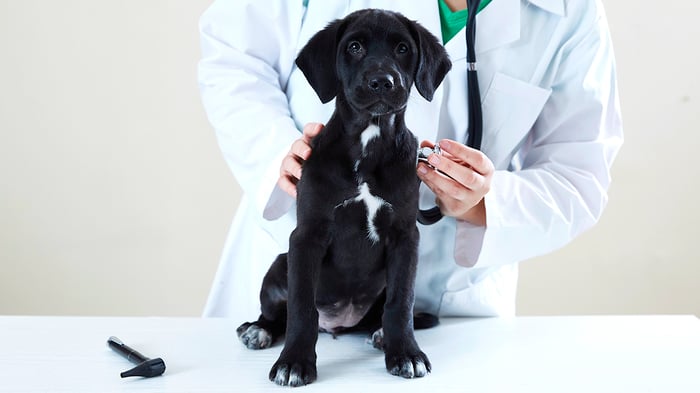 A path to profits?

The company, which describes itself as the "largest pure-play pet e-tailer in the United States," has never reported a profit and is banking on the emotional ties between pets and their owners to help drive sales. Chewy has posted losses every year since 2014, though the $267.8 million it lost in 2018 was down from losses of $337.8 million in 2017.

Chewy is still majority owned by retailer PetSmart, which will control about 70% of its outstanding shares and 77% of the voting power. The company has expanded its operations beyond just pet food. While 42% of its revenue is still derived from the segment, 22% comes from sales of supplies and medication and another 25% comes from veterinary care. The remainder comes from of a variety of services and pet sales.

This one-stop shop for pet supplies and services appears to be resonating with consumers, helping drive revenue growth. Its e-commerce website, Chewy.com, generated sales of $3.5 billion in 2018, up 75% year over year. That isn't an anomaly, either, as net sales doubled each year from 2014 to 2017.

One of the factors driving this growth is Chewy's Autoship feature, which delivers pet food and other supplies at regular intervals. This has proven to be a hit with pet lovers, driving recurring sales from $115 million in 2014 to more than $2.3 billion in 2018.

As a result of the booming revenue growth, operating leverage continues to improve. Last year's operating losses were 7.6% of sales, a marked improvement from 16.1% of sales in 2017. This indicates Chewy has a path to profitability -- if the current trajectory continues. 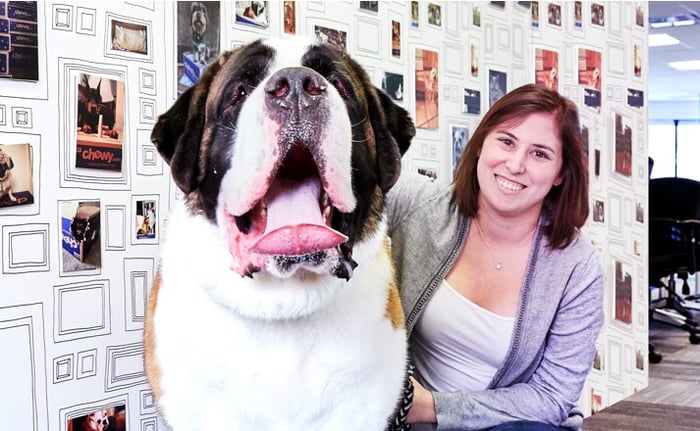 While it's easy to dismiss the company in a world ruled by e-commerce behemoths, Chewy's revenue growth shows it's successfully carving out a niche among pet owners. MKM Partners analyst Rohit Kulkarni believes the company's outsized growth will continue.

"We watched the company's IPO roadshow video and feel bullish on Chewy's growth prospects, driven by its Amazon-esque focus on customer experience and secular tailwinds from growth in the broader pet food and pet care industry," Kulkarni said. Kulkarni pointed out that investors are "hungry for a pure-play online retailer catering exclusively to consumers' furry friends."

The U.S. pet industry is projected to top $75 billion this year, and Chewy is positioning itself to tap into that growing market and the increasing trend toward online sales.

It's important to remember that even though there's been strong demand for Chewy's stock on its market debut, that doesn't necessarily mean those gains will continue. The ultimate test will be how the company performs in the months and years to come.

That said, investors with an appetite for some risk and a stomach for volatility might want to take Chewy out for a walk.