Shares of Bluegreen Vacations Corp (NYSE:BXG) jumped as much as 36.9% in early trading Friday after announcing a big partnership deal. At 12:30 p.m. EDT, shares had settled in slightly but were still up 27.9% on the day.

Bluegreen Vacations came to terms with Bass Pro on a dispute that had pulled the company's vacation plans from the retailer. The important terms are that "Bluegreen will pay Bass Pro a fixed annual fee of $70,000 for each Bass Pro and Cabela's store that Bluegreen is accessing plus $32 per net vacation package sold." 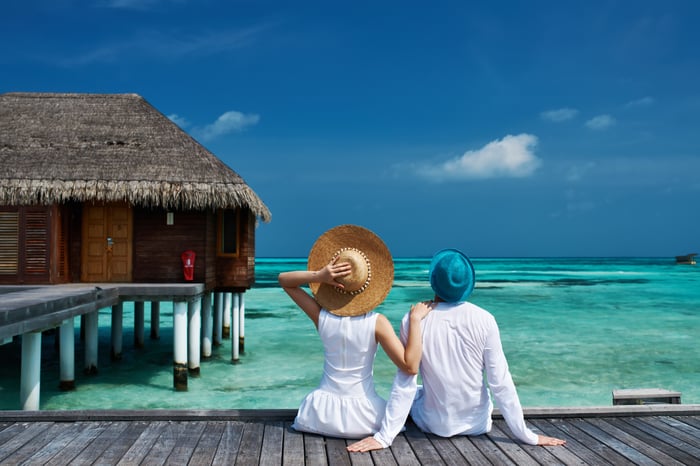 The deal will extend Bluegreen's products to Cabela's locations as well, increasing the distribution channel even further. This is great for the company's operations and its buyout potential in the long term.

The biggest news might be that a takeover attempt by BBX Capital may now be easier to complete. The majority shareholder of Bluegreen had attempted to take the company private, but the deal fell through when Bass Pro pulled Bluegreen's products. A deal may now be on the table again, which is helping drive shares higher. I wouldn't buy speculating on an acquisition, but it's one factor helping shares today.