Shares of Bluegreen Vacations (NYSE:BXG) have had a roller-coaster ride over the past few months. In March, BBX Capital (NYSE:BBX) (OTC:BBXTD) announced it would acquire the 10% of Bluegreen shares it did not already own and take the company private. Then, in May, the buyout was called off after Bass Pro Shop put into motion actions that would eventually cancel a lucrative partnership with Bluegreen Vacations. Bass and Bluegreen were gearing up for a court fight, but now they have announced a settlement agreement that will restore their marketing partnership. But it comes at a cost to Bluegreen Vacations.

Given the ups and downs, many investors are probably feeling whipsawed and wondering what it all means.

In 2017, after a few years of private ownership, BBX Capital decided to sell some of its Bluegreen Vacations stake in an initial public offering. But just two years later, BBX offered $16 per share to take Bluegreen Vacations private. BBX said the public markets were not properly recognizing the value in Bluegreen, and it was no longer worth the cost of maintaining Bluegreen's status as a publicly traded company.

It makes sense that this potential financial hit prompted BBX to revoke its offer, but the combination of bad news from Bass Pro Shop and the canceled deal cratered Bluegreen Vacation's stock. 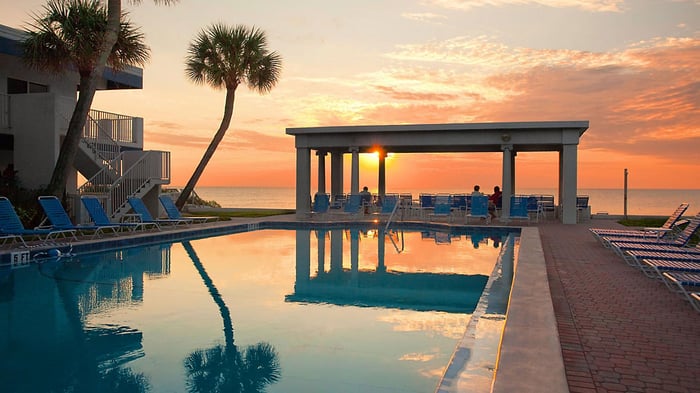 On June 13, Bass Pro Shop and Bluegreen Vacations unexpectedly announced a settlement agreement and a restoration of their marketing partnership.

The announcement of the settlement sent Bluegreen Vacations stock up roughly 14%.

The settlement means that the company will not lose a significant source of its revenue. Also, somewhat lost in the headlines is that the deal will give it access to more than 75 Cabela's stores (now owned by Bass Pro Shop) for the first time. Bass Pro and Cabela's combined have about 180 locations. So this deal could see Bluegreen benefit in the form of revenue growth from an expansion in its marketing channel.

Renewed hope for a buyout?

Now that Bass Pro Shop and Bluegreen Vacations are on good terms again, a buyout offer from BBX Capital could be back on the table. BBX already owns 90% of the company, so it isn't going anywhere, and BBX has already cited sensible reasons for why it would want to take Bluegreen private. The real question is what a fair offering price would be.

It's difficult to assess a fair buyout price as the new Bass Pro Shop arrangement should have material impacts on both revenue growth (positively) and profit margin (negatively). Bluegreen could see sales growth from an expansion into Cabela's stores, but at the same time, it looks like Bass Pro Shop will get a bigger slice of the pie.

Shareholders can just wait and see what happens. If a buyout is put back on the table, then minority holders can hope that BBX Capital presents a fair offer. If no buyout offer materializes, then investors should at least be happy that the Bass Pro Shop partnership was salvaged.