Please ensure Javascript is enabled for purposes of website accessibility
Log In Help Join The Motley Fool
Free Article Join Over 1 Million Premium Members And Get More In-Depth Stock Guidance and Research
By Matthew Frankel, CFP® – Updated Jun 20, 2019 at 11:47AM

Being in the middle class isn't just about having a certain amount of income.

What does it mean to be middle class? The answer depends on who you ask. Some define the middle class as simply the middle 50% of the U.S. population by income, while others define it by occupation or education level.

A family of four is considered middle class if they have a household income of $52,187 or more, according to Pew Research Center. However, income isn't a perfect indicator of financial class. A family of four with less than $52,187 in annual income in a rural part of the Southeast could live a very comfortable life, while a family with that income in a high-cost urban area could fall squarely in the low-income tier. 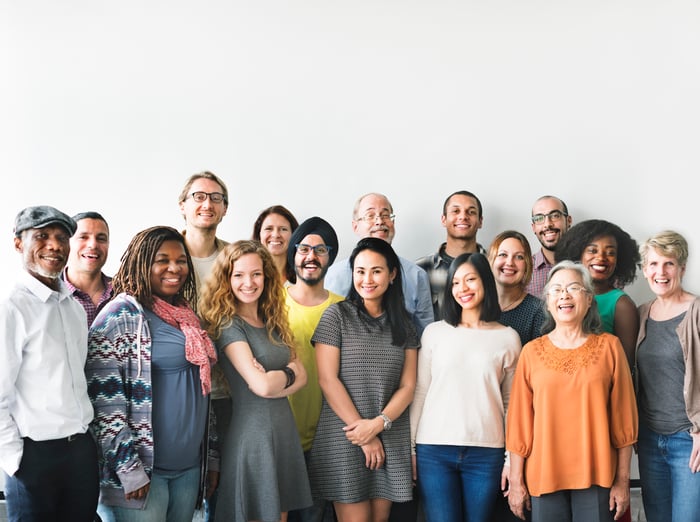 Because of this, in addition to considering income, it's helpful to look at common traits. While there are no universal traits that Americans must have to be considered middle class, there are certainly some things many middle-class households have in common.

What traits define the middle class?

The Ascent, a personal finance brand by The Motley Fool, recently conducted a survey of 1,011 people to determine what it means to be middle class in the eyes of everyday Americans.

While there were a variety of middle-class indicators mentioned by respondents, some came up far more often than others. With that in mind, here are the top five responses when asked for the traits that make someone middle class:

The top two responses -- the ability to pay bills on time and having job security -- certainly make a lot of sense. After all, Americans who can't cover their basic expenses or are constantly unemployed or between jobs generally don't meet most other definitions of middle class.

Some of the others traits are somewhat of a grey area, such as having at least $1,000 in savings. A Federal Reserve study showed that more than 40% of the population doesn't have over $400 in savings, and by definition, many of those who don't are considered to be middle-class Americans. The same can be said for the "ability to save money," as the same survey found that over 40% of people who consider themselves middle-class report living paycheck to paycheck.

Other common responses said that middle-class Americans have a budget, own homes, and are college-educated. These responses were seen comparatively less, and it's easy to see why. After all, you don't necessarily have to check any of those boxes to be considered middle class.

There's not one set definition

The bottom line is that there are some traits that are common among middle-class Americans, but not all of them are exclusive to the middle class, nor are any of them requirements to be seen as middle class.

For example, many Americans with well-paying jobs are too busy at work to take vacations. Many people who are perfectly comfortable financially don't own their homes and have no desire to do so. And there are plenty of people who earn middle-class salaries and live middle-class lifestyles who never attended college.

The general consensus is that being middle class is about financial comfort -- being able to pay your bills on time, not having to worry too much about job security, and being able to set aside some money for emergencies and retirement.