Hundreds of millions of dollars are on the line, but the key number is much, much smaller -- and more significant.

Zillow Group (ZG -2.41%) (Z -2.12%) may be best known for helping consumers find out what their houses might be worth. However, the model is changing. These days, the company is putting hundreds of millions of dollars into buying residential homes and then reselling them as fast as possible.

Long term, Zillow's vision is for purchasing 5,000 homes for resale each month, which could lead to $20 billion in annualized revenue. Here's how to know if the strategy is working. 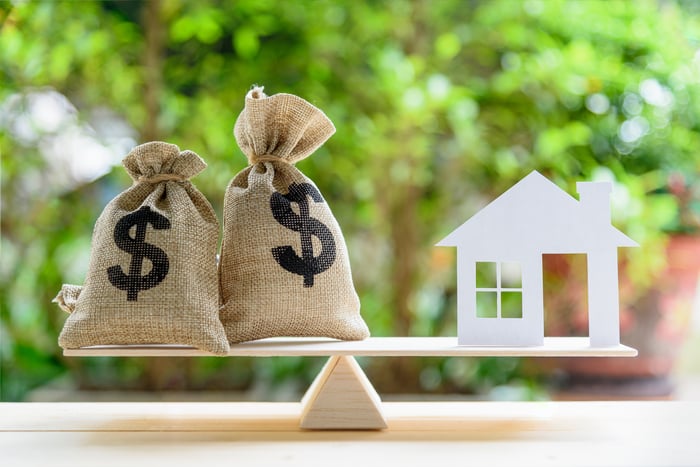 The equation that could change the business

In the company's Q1 2019 shareholder letter, Zillow co-founder Rich Barton and CFO Allen Parker write that Zillow received "more than 35,000 Zillow Offers seller requests in the 8 markets where we were active, three of which launched during the quarter."

Even better -- and more terrifying -- Zillow receives a new offer to sell every 2 minutes, amounting to roughly $200 million in daily transaction volume. Naturally, only a handful of these inquiries are likely to be serious, with the remainder just curious as to what price Zillow would pay for their homes. It's more than you may think.

Zillow, on average, paid $281,906 per home, which suggests that most of its buys were of mid-sized to large homes in relatively affluent areas. (Zillow's latest research puts the average American home value at $226,800.)

What can we take from all these numbers? First, at both the unit (i.e., per house) and aggregate levels, Zillow is already marginally profitable before considering cost of debt. Second, even when you include debt in the equation, Zillow's gross margin on Offers purchases is roughly -1%. Scaling to profitability seems doable, especially if demand remains relatively high.

Attractive early economics for Zillow Offers may be why Zillow is pushing as hard as it is. Q1 saw the company sell 414 homes from its books. And that's in one quarter! Taking Barton and Parker at their word means Zillow is investing to bring instant buying to every state ASAP, growing Zillow's footprint in instant buying by roughly 36 times. 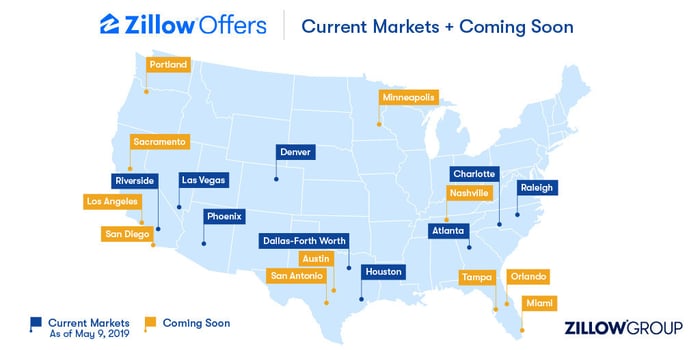 More American homeowners will be able to get an instant offer soon. Image source: Zillow.

That's a huge number, and I've little doubt Zillow will pursue it with gusto. Insiders who know the business best are buying stock, and with over $1.5 billion in cash and short-term investments on its balance sheet, Zillow has the capital to make a big bet on iBuying. So far, it's working.