Please ensure Javascript is enabled for purposes of website accessibility
Log In Help Join The Motley Fool
Free Article Join Over 1 Million Premium Members And Get More In-Depth Stock Guidance and Research
By Rich Duprey - Jun 18, 2019 at 11:49AM

But it might not mean so much if the industry has reached the bottom of this cycle.

Shares of American Outdoor Brands (SWBI 2.39%) are trading at levels they haven't seen since 2014. Gun industry sales remain depressed, and another firearms retailer recently declared bankruptcy. As American Outdoor gets ready to report its fiscal fourth quarter and 2019 earnings on Wednesday, June 19, the firearms manufacturer continues to face a difficult outlook.

Last quarter, it reported a GAAP loss after restructuring its electro-optics division and folding it into the broader outdoor segment. But with gun sales surviving only on a diet of discounting and bundling, let's look at what American Outdoor faces this time around. 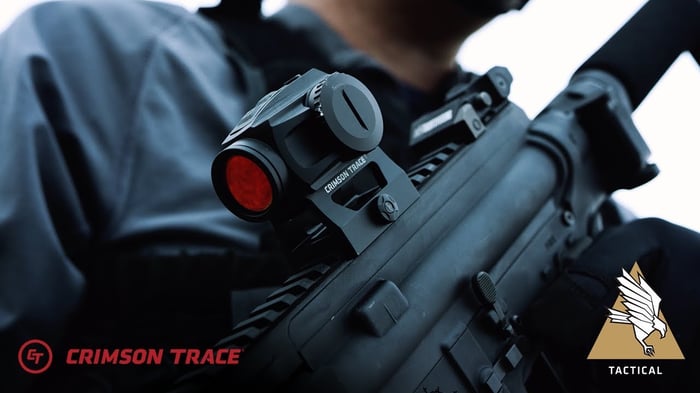 Is the worst over?

The good news is the firearms industry may have finally hit bottom. Criminal background checks on potential gun buyers as adjusted by the National Shooting Sports Foundation rose 0.7% in May, and that figure is accounting for administrative checks such as those of existing permit holders to see if they're still eligible to carry a gun (which are seen by the industry as giving a more accurate view of demand).

That's only the sixth time since President Trump was elected that background checks have risen, but it's already the second time this year they're up (the first time was in January). And February and March data was affected by the tragic Parkland school shooting in Florida last year that partially caused a temporary increase in gun sales, making the year-over-year comparison difficult.

Yet hitting bottom does not equate with strength, and May's numbers are below even what they were in 2015. But may suggest the firearms market has stabilized.

That's good for American Outdoor Brands, which generates most of its revenue from the segment. But it also saw its sales of accessories, many of which are intended for gun owners, hurt by the slide in gun sales.

For example, it acquired laser-sight manufacturer Crimson Trace in 2016 when the industry was reliably expanding. And it created a new electro-optics segment, which it saw as a "solid framework for growth" around sights, aiming and ranging devices, magnifiers, and scopes since they carry higher gross margins.

Yet the decline of the gun business dragged down the new segment, and last quarter the company ended up taking a $10 million writedown on the $54 million in goodwill it was carrying on the business. The upside is that it was a relatively small amount, and the gunmaker says it still has high hopes for the business, so much so that it acquired rival sight maker LaserLyte last quarter.

Sustained industry weakness also means it still needs to be promotional to get guns moving, as it's done by bundling the M&P15 Sport II modern sporting rifle with a rifle case and a Mag Charger, which loads ammunition into a magazine, and grouping its Thompson Center T/CR22 rifle with a rifle sling and Crimson Trace optic.

American Outdoor began the bundling program last summer and credits it with keeping sales moving. CFO Jeffrey Buchanan said last quarter it was "one of the things that has helped us continue to sort of meet expectations in a weak market."

Yet CEO James Debney also said the promotion pulled forward a small amount of sales from the fourth quarter, which could have an outsized effect in an already distressed market. And because it's going up against poor year-over-year comparables, even with promotions, discounts, and bundles, the popularity of the bundling offers might not be enough to offset the declines.

The FBI reports 7% fewer background checks were conducted on applicants wanting to buy handguns and almost 17% fewer wanting to buy long guns. With American Outdoor's long-gun revenue jumping 26% last quarter and handgun revenue falling more than 1%, there might be some tough numbers to face this time around.

But even if the company's fourth-quarter results are muted, it may not mean as much if the industry has reached its nadir and is now poised for a gradual rise back up.