Advanced Micro Devices is all set to win big from a shift in gaming hardware preferences as NVIDIA looks on.

Advanced Micro Devices (AMD -2.51%) has notched another win: Microsoft (MSFT -2.36%) recently announced that its next-generation Xbox gaming console -- due to hit the market late next year -- will be powered by AMD's semi-custom chips. That decision effectively ends NVIDIA's (NVDA -2.81%) chances of benefiting from the rising popularity of gaming consoles.

This doesn't come as a surprise. There were rumors that Microsoft was on course to once again choose AMD chips for the Xbox. Sony, meanwhile, had already confirmed that it will be using an eight-core AMD chip based on a 7-nanometer manufacturing process, as well as the company's Navi-based graphics processor, in the next PlayStation.

These two wins will give AMD a nice shot in the arm in the long run, and put it in a great position to take advantage of a shift in gaming hardware preferences -- something NVIDIA now risks missing out on. 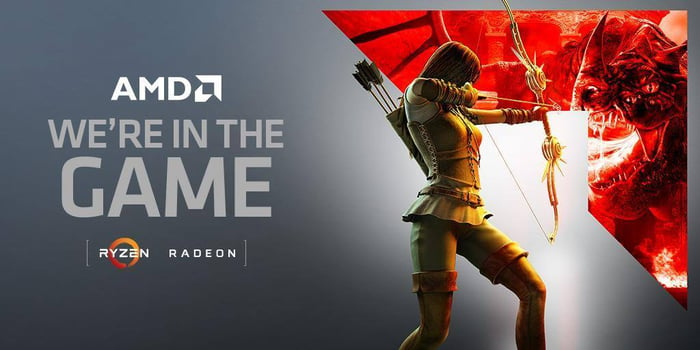 NVIDIA and AMD have made a ton of money for themselves and for investors by selling graphics cards to gamers. But the graphics processing unit (GPU) market isn't as profitable as it once was.

The last major catalyst for GPU sales was cryptocurrency mining. GPUs are built to perform specific types of repetitive tasks like rendering video at a much faster rate than more-flexible CPUs (central processing units), which makes them ideal for mining digital currencies such as bitcoin. Miners intent on reaping the benefits of rising cryptocurrency prices sent the GPU market into short supply. But once the crypto bubble burst, GPU prices came crashing down as demand slumped.

This has hurt the financials of both NVIDIA and AMD in recent quarters, though the latter has fared better thanks to a diversified business that includes CPUs. Looking ahead, it appears probable that the GPU market might not recover, due to the shift in gamers' hardware preferences.

Jon Peddie Research estimates that 20 million PC gamers could switch to gaming consoles in the next few years. That shift seems to be underway already: Sales of console games increased 15.2% last year, significantly ahead of the 3.2% growth in PC games, as per Newzoo's estimates.

Sony's PlayStation 4 has sold over 90 million units in its lifetime, while Microsoft has moved more than 40 million Xbox Ones, according to various estimates. Both consoles were launched in November 2013, indicating an annual combined sales rate in the neighborhood of 25 million units.

Of course, the PC market is much bigger: Its annual shipments came in at nearly 260 million units last year. But don't forget that PC sales have been declining for seven years straight now. However, gaming PCs reportedly accounted for just 19% of total PC sales in the first 10 months of 2018, according to German market research firm GfK. But those sales figures would have been inflated by the higher GPU prices that resulted from the crypto-driven shortage.

In 2016 (back before GPU prices were inflated by the crypto craze), gaming and gaming-capable PCs accounted for 14% of total PC sales. So we can get a fair idea of the size of the PC gaming hardware market, and one thing that's clear is that PCs are still the bigger addressable market for the likes of AMD and NVIDIA.

But AMD's advantage is that it is going after both the PC and console gaming markets, while NVIDIA has failed to make much headway in the latter. In fact, Nintendo, which used NVIDIA's Tegra X1 processor in its Switch gaming device, is reportedly considering an AMD chip to power the Switch 2.0.

On the other hand, AMD is already making smart moves to dent NVIDIA's GPU dominance. It has taken a lead on the technology curve by launching a 7-nanometer chip, and it is reportedly going to refresh its entire lineup based on this platform. Word is that NVIDIA's 7nm GPUs will see the light of day in 2020, so AMD has the advantage for now. Therefore, don't be surprised if its financial performance recovers at a faster pace than NVIDIA's.