Please ensure Javascript is enabled for purposes of website accessibility
Log In Help Join The Motley Fool
Free Article Join Over 1 Million Premium Members And Get More In-Depth Stock Guidance and Research
By Lou Whiteman – Jun 19, 2019 at 10:27AM

For the second time in two years, the company is exploring options.

Shares of Axalta Coating Systems (AXTA -1.54%) climbed more than 14% on Wednesday morning after the supplier of liquid and powder coatings said its board is reviewing strategic options. In layman's terms, the company is seeking a buyer.

Before markets opened on Wednesday, Axalta said that its board had formed a committee to review strategic alternatives, including the potential sale of the company, changes in capital allocation strategies, and changes to its strategic plan.

CEO Robert Bryant, who will be part of the committee, in a statement noted Axalta's progress bringing down costs and returning more than $380 million to shareholders over the past two years. He said the time is right to explore interest in the company. 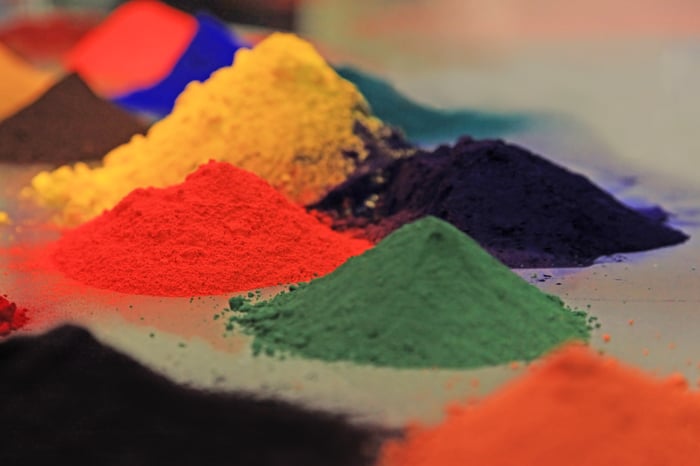 "Given Axalta's progress in recent years and its leading position as a global coatings company -- with 90% of 2018 sales derived from end markets where we have either the #1 or #2 global position -- we believe that now is the right time to review a full range of options in an effort to maximize value for all shareholders," Bryant said.

This is the second time in recent years Axalta has put out the "for sale" sign. Shares of Axalta spiked in October 2017 on reports the company was in talks with Dutch coatings company Akzo Nobel about a potential deal, and the company was also rumored to have held talks with Nippon Paints around the same time.

Axalta in its statement noted that there are no assurances this time around that the company will strike a deal. But given how recently Axalta went through this process without finding a deal, management appears to be under significant pressure to find a way to boost shareholder value this time around or risk a blow to its credibility.

The company seemingly has some options. Warren Buffett's Berkshire Hathaway (BRK.A 0.59%) (BRK.B 0.43%) is always on the hunt and already owns about 10% of Axalta. It could also return to some of its suitors from two years ago, or reach out to Sherwin-Williams (SHW -0.21%) to gauge its interest in a deal.

Investors have every reason to be excited but would be wise to keep the lessons learned from 2017 in mind. It's one thing to explore options; it's quite another to actually find a deal.