The South African company's shares have been trading at a major discount for technical reasons. Hiving off its global internet assets into a new company should help ease the pressure.

While many investors may be interested in owning shares of Chinese internet conglomerate Tencent (TCEHY 0.40%), I recently recommended investing in Tencent indirectly, via Naspers (NPSNY 0.44%) -- South Africa's biggest company.

Naspers is the lucky venture capital firm that invested in Tencent early on, and it retains a 31% stake in the Chinese giant -- a stake now worth $125 billion. In addition, Naspers owns several media businesses in South Africa, as well as equity stakes in some 20 global internet businesses operating in the classifieds, payments and fintech, food delivery, travel, and social media spaces. Most of these companies are in high-growth emerging markets like China, India, Latin America, Africa, and the Middle East.

Yet despite outperforming Tencent over the past month, Naspers is still trading at a 20% discount to its Tencent stake alone. The company is essentially a victim of its own success: At this point, it accounts for about 25% of the share weighed value on the Johannesburg Stock Exchange. But because most South African mutual funds and institutional investors can't hold more than 10% of their value in a single stock, they have been forced to repeatedly trim their Naspers stakes, which has put downward pressure on the share price.

However, this situation will be changing soon. Earlier this year, Naspers announced plans to spin off its global internet businesses -- including its Tencent stake -- into a new company fittingly called "NewCo," to be listed on Euronext Amsterdam, with a secondary listing on the JSE. The company believes that this will relieve some of the selling pressure Naspers experiences on the JSE.

Late last month, Naspers issued a document giving more details on the spinoff, including dates for the new share issuance. Here's what you need to know. 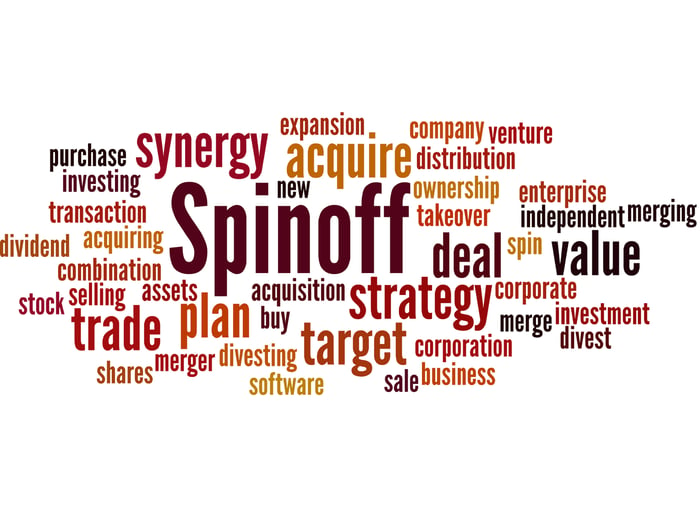 On the issue date, Naspers N shareholders will receive one Naspers M share, which will then be exchanged for one NewCo N share. However, if current Naspers shareholders don't wish to receive NewCo shares, they'll have the option of receiving additional Naspers N shares instead.

Following the capitalization, Naspers will own roughly 73% of NewCo, with the rest as independent float.   Naspers will also retain its South African assets, consisting of Media24 and several e-commerce sites such as Takealot, Mr D Food and Property24.

Receiving new shares, ADS or not

Naspers itself trades on the JSE, so U.S. investors can only own shares one of two ways: either by using a broker that has access to the JSE, or by purchasing Naspers American Depositary Receipts, (ADRs), which trade over-the-counter in the U.S. Since ADR holders don't own shares directly, one might wonder if ADR holders will receive their own shares of NewCo.

The answer is, fortunately, yes.

The one drawback for ADR holders is that they won't have the option of receiving more Naspers ADRs instead of NewCo ADRs. However, that shouldn't be a problem for most, as I expect the NewCo shares to rerate even more on Euronext than even the remaining Naspers shares.

If you're interested, there's still time to get into Naspers before the NewCo spinoff. The "ex-distribution" date will be July 17, with the record date being July 19, followed by the distribution of temporary M shares scheduled for July 22, and finally the exchange of NewCo shares on July 23.

Therefore, as long as you purchase Naspers ADS' s before July 17, you will qualify to receive NewCo shares by July 23.

What will be the effect?

Though Naspers' market cap is still about 20% below the value of its Tencent stake, the gap has narrowed over the past month in anticipation of the spinoff. 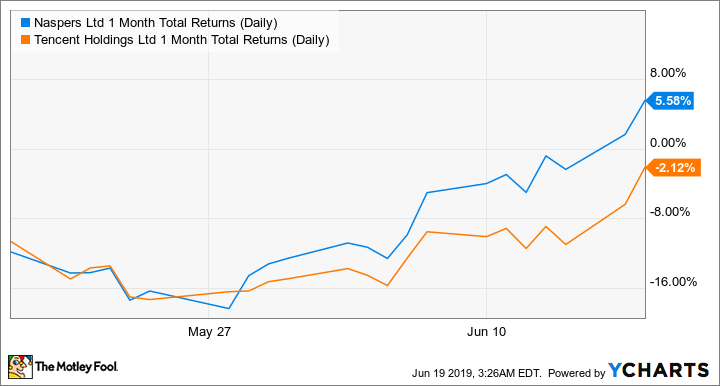 After the July issuance of Newco shares, Naspers' stock will still make up about 18% of the value of the Johannesburg Exchange -- an outsize portion of that market that will perhaps leave it subject to technical selling pressure. However, that pressure should ease further. Additionally, it's possible that NewCo shares could appreciate substantially, since they will trade on the much larger Euronext exchange.

How much will the gap shrink between the market values of Naspers/NewCo and the underlying values of their assets? Only time will tell, but considering NewCo will own stakes in some 20-odd businesses in addition to its Tencent holding, I'd expect there to be at least a noticeable movement in shares. At any rate, it will be exciting to see what happens.