Find out why these stocks missed the rally.

The stock market moved higher on Thursday, with major indexes climbing about 1%. Investors were able to dismiss much of the uncertainty raised by an Iranian attack against a U.S. drone in the Strait of Hormuz, instead focusing on the prospect that monetary policy moves will support a greater likelihood of economic growth. Yet some stocks weren't able to participate in the rally. Carnival (CCL -1.02%), Steelcase (SCS -1.15%), and Scholar Rock Holding (SRRK -0.66%) were among the worst performers. Here's why they did so poorly.

Shares of Carnival fell nearly 8% after the cruise ship operator released its fiscal second-quarter financial results. The company faced some difficult situations during the quarter, including higher fuel costs, a reduction in maximum speed for its Carnival Vista vessel, and a shift in U.S. policy regarding travel to Cuba. As a result, Carnival cut its full-year earnings guidance by roughly 2% to 4%. Investors didn't like the sound of that, even though the cruise line tried to keep shareholders focused on the long run by highlighting the company's prospects for future growth. Until certain key overhangs get resolved, such as the U.K.'s exit from the European Union, it might be tough for investors to regain their faith in Carnival. 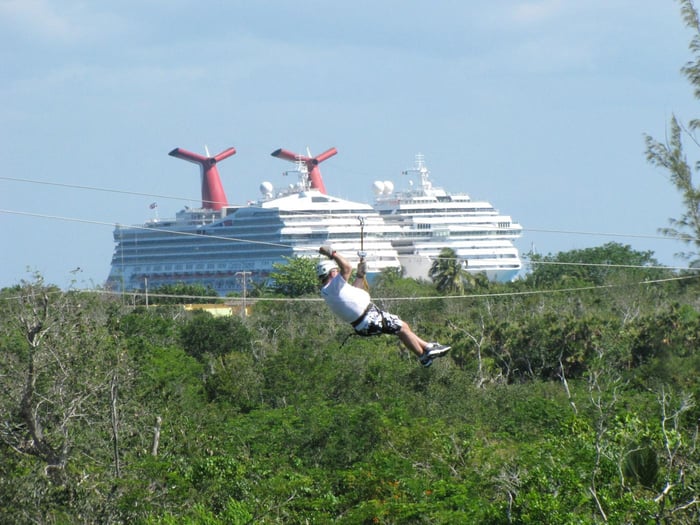 Steelcase saw its stock drop 11% following its release of fiscal first-quarter financial results. The corporate furniture and architectural products specialist reported a 9% rise in revenue that produced modest 5% gains in net income compared to the year-earlier period. Yet those numbers were weaker than what Steelcase itself had projected earlier. Steelcase executives hope that trends toward greater order activity near the end of the quarter could carry over into future periods and help bolster growth, but in order to meet its unchanged full-year projections, the company will have to act quickly to make up for its shortfall to begin the fiscal year.

Finally, shares of Scholar Rock Holding plunged 15%. The clinical-stage biopharmaceutical company said that it would sell 3 million shares of common stock in a public offering, with the price set at $15 per share. Given that Scholar Rock's stock closed above $17 on Wednesday, that came as a shock. Yet it's not uncommon for biotech stock offerings to involve significant declines, and raising cash at an opportune time could be crucial in helping Scholar Rock to develop key treatments for spinal muscular atrophy and certain forms of cancer. In the long run, it's far more important for Scholar Rock to see positive results in clinical trials as they proceed.