Apple's (NASDAQ:AAPL) much-awaited iPhone 11 is expected to drop sometime in September this year, and many people will be lining up once again at their nearest stores to lap up Cupertino's latest and greatest device. But the lines might be shorter this year because the iPhone 11 could end up costing a ton thanks to the U.S-China trade war saga that could take a turn for the worse later this month.

U.S. government officials are expected to meet their Chinese counterparts at the G20 summit in Osaka, Japan, toward the end of June. Apple will be hoping for a resolution because the sales of its upcoming iPhone 11 could be severely affected if the trade war continues. 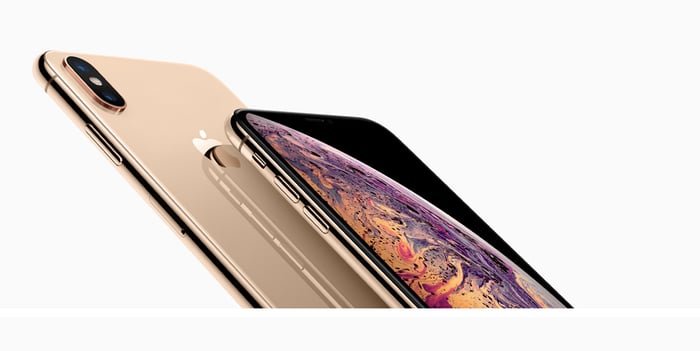 The consultancy firm estimates that Apple's production costs could increase as much as 30% if it decides to move iPhone production out of China to fall in line with the Trump administration's current stance and avoid the duties it will have to pay on Chinese goods.

Apple has a nicely integrated supply chain in China, where it produces most of its iPhones, including the critical final assembly part that's executed by contractor Foxconn. This allows Apple to keep costs under control, an advantage that it would lose in case it moves out of the country.

So even though Foxconn claims that it is capable of moving iPhone's entire production out of China if needed, the move would present a new set of challenges for Apple, especially an increase in costs.

The problem is that if Apple keeps iPhone production in China, the potential imposition of higher tariffs by the Trump administration on Chinese imports would also inflate iPhone prices. This means that the iPhone 11 is in a double-whammy situation because Apple will have to pass on the increase in costs to customers. If it doesn't do that, Apple's earnings and the stock price will take a hit.

Bloomberg reports that Apple's earnings could fall by 6% to 7% if it decides to maintain production in China, assuming that the iPhone maker chooses to absorb the tariffs and doesn't pass them on to the consumer. However, higher tariffs will further dent the company's bottom line, and it will be forced to hike prices.

The Bloomberg report went on to add that iPhone prices could rise anywhere between 9% and 16% if Apple decides against absorbing the tariffs. As a result, demand for the next iPhone could fall by 10% to 40%.

The iPhone 11 could be dead on arrival

The current-generation iPhone XS starts at $999 in the U.S., while the XS Max begins at $1,099. The priciest iPhone XS Max variant retails for $1,449 in the U.S. Assuming that Apple's costs rise 30%, the price of its next flagship could increase to at least $1,300, with the top-of-the-line device going for nearly $1,900 -- if Apple decides to pass on the tariffs to its customers.

This is bad news for Apple, which is already struggling on account of weak iPhone demand thanks to the rise of potent competitors such as Huawei. The situation could get worse if it gets caught in the crossfire of the U.S.-China trade war and makes the iPhone 11 so expensive that it fails to fly off the shelves.

Gartner analyst Tuong Nguyen believes that people are no longer upgrading smartphones as regularly as they used to because most users have "more phone than they can handle, or need." So, once a user has bought an expensive flagship, he or she wouldn't need to buy the next-generation device with incremental upgrades and spend a ton of money once again.

Apple is feeling the pinch of this trend: iPhone unit volumes reportedly dropped in the range of 23% to 30% in the first quarter per third-party estimates. The company has stopped reporting official numbers. As such, don't be surprised to see the iPhone 11 turn in a disappointing sales performance because potentially higher pricing on account of the trade war could render the device dead on arrival.

How the U.S.-China Trade War Could Kill the iPhone 11 @themotleyfool #stocks $AAPL Next Article
Current