Please ensure Javascript is enabled for purposes of website accessibility
Log In Help Join The Motley Fool
Free Article Join Over 1 Million Premium Members And Get More In-Depth Stock Guidance and Research
By Keith Speights - Jun 21, 2019 at 8:00AM

The short answer: in great shape.

In the first quarter of 2019, bluebird bio (BLUE -2.39%) was flying high, with the stock soaring more than 60%. The second quarter, however, has been a different story for the biotech. Bluebird has given up much of its gain, although shares are still up around 20% year to date.

Where Bluebird has been isn't nearly as important as where it's going. There are many important developments on the way for the company. Where will Bluebird be in one year? Here's the most likely scenario. 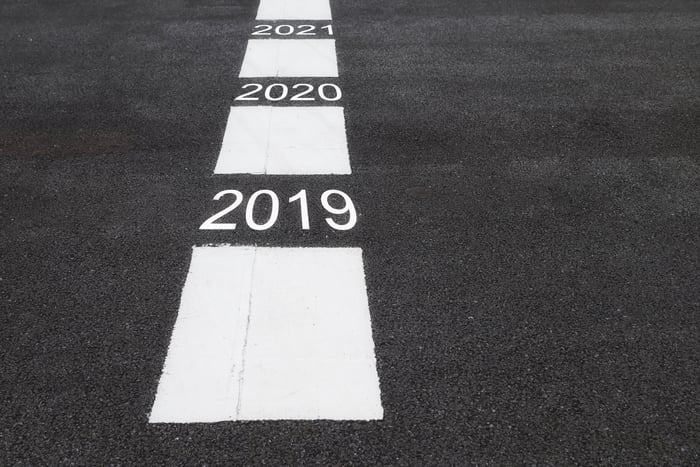 Bluebird recently won European approval for its gene therapy Zynteglo in treating transfusion-dependent beta-thalassemia (TDT). By this time next year, Zynteglo should be picking up sales momentum. Analysts predict the gene therapy could reach blockbuster sales levels in the future. But don't count on massive sales for Zynteglo next year.

Regulatory approval in Europe is only an initial step. Bluebird must negotiate reimbursement deals with each European country one by one. That should be an interesting process considering that the company set a $1.8 million price tag for Zynteglo. However, Bluebird plans to allow payments over a five-year period. And if the gene therapy doesn't work for a patient, payers won't have to keep making payments. This approach should make the high price more acceptable.

While the reimbursement process kicks into gear, Bluebird is also working with select treatment centers in Europe that have expertise in stem cell transplant and treating TDT. Zynteglo isn't a typical drug. Blood stem cells must be removed from a patient's body, sent to a lab where the gene therapy is introduced to the cells, then sent back for infusion into the patient. It's a complex process that requires significant training.

By June of next year, Bluebird should also be very close to winning U.S. approval for Zynteglo in treating TDT and possibly even already have an approval in hand. The biotech expects to submit for FDA approval by the end of 2019. If Zynteglo receives a Priority Review designation, the FDA will make an approval decision within six months instead of the standard 10-month window.

Bluebird probably won't have just one drug on the market for very long. There's a real chance that its cell therapy bb2121 could win FDA approval as a late-line treatment for multiple myeloma by the end of next year.

The decision on when to file for approval won't be entirely up to Bluebird, though. Celgene (CELG) licensed the commercialization rights to the cell therapy. And with Bristol-Myers Squibb's (BMY 0.30%) acquisition of Celgene likely to finalize within the next few months, the green light for regulatory filing will ultimately be made by the big pharma company's executives.

Assuming there are no significant issues identified in the clinical studies for bb2121, I don't expect Bristol-Myers Squibb to hold off on filing for approval. As part of the buyout deal, Celgene investors will receive a contingent value right (CVR) that provides extra money if three of Celgene's candidates are approved by specified dates. One of those candidates is bb2121, which must receive FDA approval by March 31, 2021, to meet the CVR requirements.

Three in a row?

Bluebird anticipates preliminary results from another promising pipeline candidate, Lenti-D, will be available in the summer of 2020. While those results probably won't be announced by exactly one year from now, investors will eagerly await good news for what could be the biotech's third commercial drug.

The company hopes to secure regulatory approvals in 2021 in both the U.S. and Europe for Lenti-D in treating rare genetic disease cerebral adrenoleukodystrophy (CALD). Some analysts think that Lenti-D could be Bluebird's biggest winner of all, with peak sales of up to $4 billion.

If we could fast forward to June 2020, I think that Bluebird will have one potential blockbuster drug (Zynteglo) slowly picking up momentum in Europe and very close to approval in the U.S. The biotech should have another blockbuster (bb2121) only months away from FDA approval. And it should be poised to release clinical study results for an even more promising drug, Lenti-D.

Sure, Bluebird's current market cap of around $6.5 billion already bakes in expectations of success for its drugs. However, I think the stock has plenty more room to run.

So where will Bluebird be one year from now? My cautious prediction is that Bluebird's shares will trade 25% higher by June 2020. There's just too much good news for investors to ignore with this up-and-coming biotech.