Aurora Cannabis' (NASDAQ:ACB) sizzle seems to have fizzled. The Canadian marijuana stock more than doubled by the middle of March. Since then, though, Aurora has given up roughly half of its big gain.

But don't think for a second that Aurora can't turn up the heat yet again. The company continues to pick up momentum in the Canadian adult-use recreational pot market and in international medical cannabis markets.

It's also possible that Aurora could surpass its peak share price from a few months ago if the right scenarios unfold. Here are three potential catalysts that could cause Aurora Cannabis stock to skyrocket. 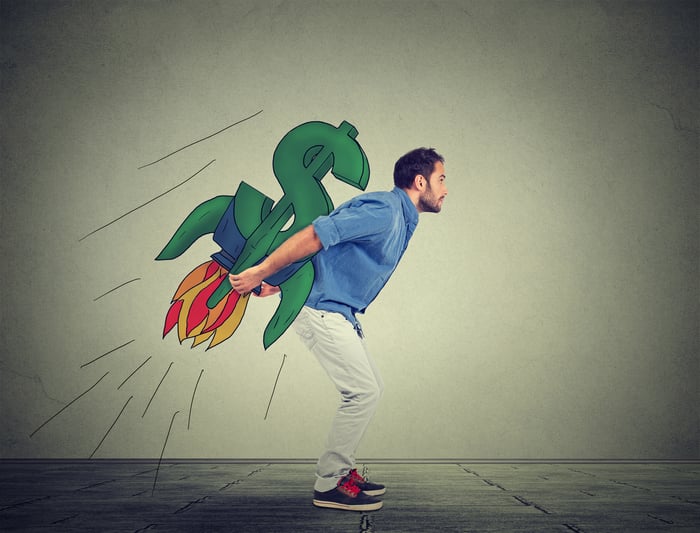 But Aurora has been left out in the cold so far when it comes to big partnerships. That could change in the near future, though. In March, Aurora brought billionaire investor Nelson Peltz on board to help line up partners. Peltz has especially strong connections in the consumer packaged goods industry.

There's one catch: Aurora isn't looking to receive a big equity investment along the lines of the deals made by Canopy Growth and Cronos. If the company changed its tune and found a large partner willing to make a big investment, there's no doubt that its stock would vault much higher. Even if Aurora doesn't get a lot of cash with a partnership, though, teaming up with one or more high-profile companies from outside the cannabis industry should light a fire beneath the stock.

2. A major move into the U.S. hemp CBD market

Aurora also lags behind some of its peers in making a major move into the U.S. hemp cannabidiol (CBD) market. Canopy Growth is building a large-scale hemp production facility in New York state. Tilray acquired top hemp food company Manitoba Harvest, whose products are sold at thousands of U.S. retail locations. HEXO hasn't entered the U.S. hemp market yet, but CEO Sebastien St-Louis recently stated that the company will do so in 2020.

In January, Aurora Chief Corporate Officer Cam Battley told Business Insider that the company "will be unveiling [its] hemp-derived CBD strategy to enter the U.S. market over the next few months." Five months have passed, but we still don't know what Aurora's U.S. hemp strategy is.

While hemp is legal in the U.S. at the federal level, marijuana isn't. And as long as that remains the case, Aurora won't be able to jump into the U.S. marijuana market and keep its listings on the New York Stock Exchange and the Toronto Stock Exchange.

But if significant progress is made toward changing U.S. laws about pot, most -- if not all -- marijuana stocks would get a huge boost. As one of the largest Canadian cannabis producers, Aurora would almost certainly be one of the biggest beneficiaries should this happen.

There's already bipartisan support for revising federal marijuana laws. Legislation sponsored by Democrats and Republicans has been introduced in the U.S. Senate and House of Representatives. Although similar bills have been proposed in the past only to die in committee, support among Americans for legalizing pot is higher than ever.

All it would take for Aurora's share price to skyrocket would be for one of these potential catalysts to become a reality. And if all three catalysts happened, the momentum for Aurora would probably be a sight to behold. But what are the odds that Aurora will actually enjoy a boost from any of these possible scenarios?

My view is that the likelihood that Aurora will enter the U.S. hemp CBD market in the near future is also very good. I'd put the probability at 75% or so. Aurora realizes that the market could be big. However, the company is being cautious with the FDA in the process of finalizing regulations for hemp CBD. Still, I think we'll know what Aurora's U.S. hemp CBD strategy is before the end of 2019.

What about the prospects for the U.S. changing federal marijuana laws in a way that allows Aurora to jump into the U.S. marijuana market? I suspect that the odds of it happening this year are pretty low -- no more than 10%.

I don't see Senate Majority Leader Mitch McConnell allowing a bill to be voted on the Senate floor that could negatively impact the hemp industry in his home state of Kentucky. The more the timeline is extended, though, the higher the probability of federal marijuana laws being changed in a way that's favorable to Aurora, in my opinion.

If my probabilities are anywhere close to being right, Aurora has a really good shot at benefiting from two out of three of these potential catalysts in the relatively near future. And if I'm right, Aurora Cannabis stock could soon skyrocket.