The past few years have been dominated by high-flying, fast-growing technology companies. Amazon.com, Apple, and Microsoft, for instance, have all zoomed past the $1 trillion valuation. That has left investors in nontechnology companies on the sidelines from such growth.

The two companies we're comparing today -- consumer goods giant Procter & Gamble (PG 0.31%) and Marlboro owner Philip Morris (PM -0.89%) -- fall in the second camp of nontech stocks. But that doesn't mean they're unimportant: They have a combined market capitalization of over $400 billion. And they're very popular with retirees for one big reason: They offer significant, sustainable dividends. 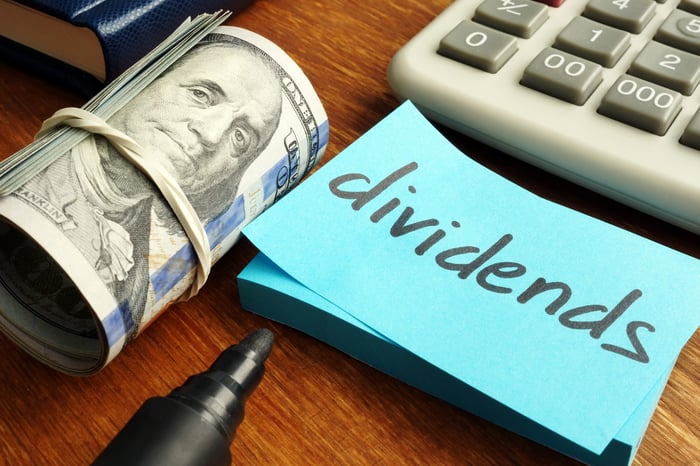 Between these two quieter dividend stalwarts, which is the better buy today? We'll never know with 100% certainty, but by comparing them on three different continua, we can get a better idea for which we prefer moving forward.

First, we want to see which company would fare better, financially speaking, if there were a sudden economic crisis. While these don't tend to happen often (think: the Great Recession of 2008), when they do, they can wipe out huge swaths of the business world.

We not only want to own shares of a company that can survive such a downfall, but even thrive by grabbing market share. Here's how these two stack up -- keeping in mind that Procter & Gamble is valued at more than twice the size of Philip Morris.

With both of these companies, we have a familiar storyline. Very healthy free cash flows are offset by fairly high debt levels. All things considered, Procter & Gamble's cash, debt, and free cash flow levels are all superior to Philip Morris'. While I'm not crazy about the situation at either company, Procter & Gamble comes out ahead.

Next, we have valuation. If you're a beginner investor, you might think this is as easy as looking at a stock's price or some other metric to see if it's "expensive." Sadly, it's not as easy as that. Instead, here are five metrics I like to consult when considering two dividend-paying stocks.

Here, Philip Morris is the runaway winner. It is cheaper on an absolute earnings (P/E) and free cash flow (P/FCF) ratio basis. And even when we take growth into consideration (PEG), it still offers a discount to Procter & Gamble shares.

You'll also notice that the dividend yield is more than twice that of Procter & Gamble's. While it's true that Philip Morris' dividend eats up more of the company's free cash flow, this has almost always been the case. Philip Morris doesn't spend much, relatively speaking, on growth opportunities. Instead, it focuses on making cigarettes cheaply and churning the dividend out to shareholders.

Now, we get into the meat of the investment: each company's sustainable competitive advantages -- or their "moats."

Procter & Gamble's moat comes in the form of its brand value. The company owns some of the most common names in household goods: Duracell batteries, Gillette razors, and Pampers diapers, to name just a few.

Just about any company could make these products and offer them up at lower margins than Procter & Gamble. What protects the company is the simple fact that people (usually) trust these brands more -- meaning they're willing to pay extra for them.

Philip Morris is protected by the very same moat of brand value. The company owns the rights to international sales of cigarettes -- most notably Marlboro. As with consumer goods, anyone could -- and does -- offer up nicotine fixes for less. But because smokers are very brand conscious, Philip Morris continues to sell its most popular cigarettes for a premium.

So, which comes out ahead? I firmly believe that Philip Morris has a wider moat. The dangers of smoking have been well known for decades now. And while international mores might be slightly different than here in America, it's clear that smokers are still willing to pay up for Marlboro (and other Philip Morris) brands.

Procter & Gamble, on the other hand, is having its moment of reckoning as we speak. Last year, former hedge fund manager Mike Alkin gave a talk on the plummeting value associated with strong brands in consumer staples. The reason for this trend was that millennials -- now America's largest consumer segment -- want three things from their consumer goods:

We've already seen Philip Morris weather the storm of falling smoking rates and court battles. It has survived, albeit with less power than before. I'm not so sure Procter & Gamble will experience the same level of robust demand one decade from now.

So, there you have it: With a more favorable valuation and wider moat, Philip Morris comes out ahead.

But don't be mistaken, while I'd choose the cigarette maker if I only had these two choices for my own investment dollars, I don't think either company is in a particularly strong competitive position. That's why I don't own shares of -- nor have I made an "outperform" call on my CAPS profile for -- either company.

If you're nearing or in retirement, I think Philip Morris is worth a look. Otherwise, there are better places for your money.