Instagram launched its Stories product in August of 2016, and Snap (SNAP -3.51%) felt the impact almost immediately. Snap saw a meaningful drop in Snapchat user growth in the months following Instagram Stories' launch, and that showed up in the company's IPO filing.

But not only did the Facebook (META -1.19%) subsidiary slow Snapchat's user growth, it's also put a damper on its ability to grow its revenue. That's because Facebook is doing to Snapchat Stories advertising the exact same thing it did to its user growth. It's taking advantage of its built-in advertiser base to draw in demand for the platform, and Facebook can use its scale to improve monetization at a faster rate than Snap.

Here are three reasons Facebook can monetize Stories faster and better than Snap. 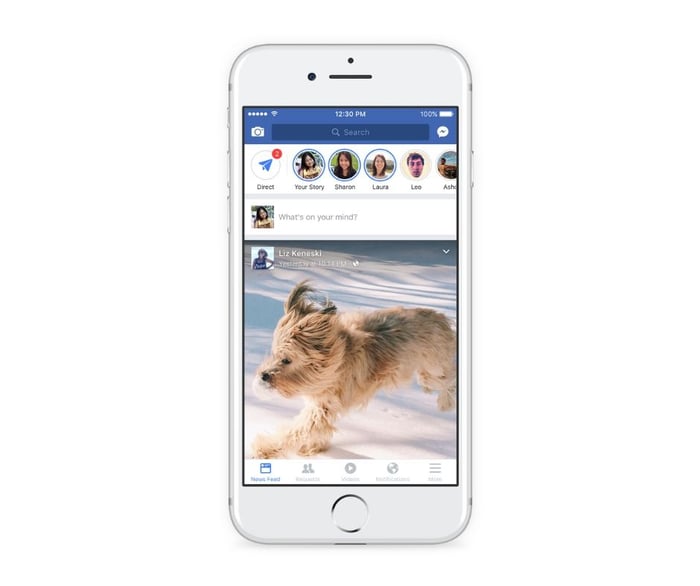 Facebook's biggest advantage over new entrants in digital advertising is that it's already used by so many advertisers already. Inertia is powerful.

At last count, Facebook had 7 million active advertisers across its ecosystem of apps. It's already managed to get 3 million of those advertisers to use Stories ads. What's more, its adoption is moving quickly. It added 1 million new active Stories advertisers in the first quarter.

By comparison, Snap has struggled to grow the number of active advertisers on its platform. It doesn't disclose an active advertiser count, but just one-third the number of marketers even use the platform compared to Facebook, according to an estimate from eMarketer. An even smaller percentage might buy ads.

Facebook is able to leverage its 7 million active advertisers across its services to grow ads in Stories because it's simply adding another option to its ad-buying tool. CFO Dave Wehner told analysts, "We're proactively bringing more advertisers to Stories through the ads manager tool" by using placement optimization. Advertisers are also naturally flocking to the format because it can offer good value considering the relatively low price per impression compared to feed ads.

Facebook's scale gives it two advantages. First, the bigger audience is more attractive to advertisers. But more importantly, the greater scale gives Facebook the opportunity to test more things than Snap. Combined with its strong demand for advertising, Facebook can quickly determine optimal ad loads for Stories, which may be very different from advertising in feeds.

Facebook's ability to experiment with ad loads and formats will ultimately result in faster growth compared to Snap.

The overarching attraction of Facebook over the competition is its ability to offer better targeting capabilities. Facebook's able to utilize user data from across its family of apps. Additionally, Facebook's ubiquity means that it's often integrated into third-party publishers' websites, from which it gets additional data.

Facebook's trove of data enables it to surface more relevant ads compared to Snap. More relevant ads get clicks, and clicks make sales. As a result, Facebook is likely to attract more advertisers to its platform since they're better able to find their potential customers.

Snap is making an effort to improve its direct response ad products aimed at smaller companies. Meanwhile, Facebook management warned during its first-quarter earnings call that the pre-emptive privacy changes it's making will negatively impact its targeting capabilities. Overall, the gap between Facebook and pretty much everyone else remains substantial.

Not a linear scale

Investors might look at Snap's financials and see it's generated nearly $1.3 billion in revenue over the last four quarters. Importantly, Snap generates revenue from other sources outside of Stories. Still, considering Facebook has around five times as many active users across its Stories products, investors might assume it could be making around $6.5 billion when fully monetized.

But Facebook should be able to generate a lot more than that from Stories due to its greater number of advertisers, ability to experiment with higher-value ads or more ads per minute, and superior ad relevance. While Mark Zuckerberg told analysts feed ads will remain the main revenue driver for the next couple years, it's easy to see the massive potential for Stories ads on Facebook, especially when you compare it to Snap.

Keep in mind that WhatsApp Status still doesn't have any advertisements, and the company didn't start monetizing Facebook Stories until September of last year. There's still a long way for Facebook to go, and it's going to ramp up quickly.