There are the headlines and then there are the details behind the headlines. The former read very well for General Electric (NYSE:GE) at the recent Paris Air Show, because the company undoubtedly had a very successful event. However, it's clear that there are some negative points as well. Let's have a look at the key takeaways.

Many commentators declared GE as the big winner from Le Bourget -- and for good reason. After all, GE Aviation booked some $55 billion worth of orders, including orders and commitments for 1,150 LEAP engines and long-term service agreements (LTSA) worth around $50.2 billion. 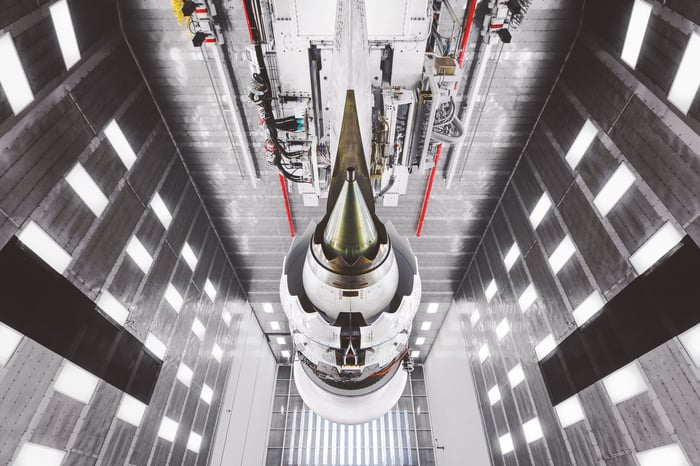 It gets even better. One of the major orders (some $20 billion) was with Indian budget airline IndiGo for LEAP engines (including an LTSA) to power 280 of its next A320neo and A321neo aircraft. This is highly significant as IndiGo had previously used Pratt & Whitney's geared turbofan (GTF) on its A320neo family of aircraft. In addition, CFM signed a $23 billion deal to sell 200 LEAP engines to AirAsia to power 100 of its Airbus A321neo airplanes. In addition, International Airlines Group (IAG) ordered 100 LEAP engines to power 55 Airbus A320neo aircraft, and signed a letter of intent for 200 Boeing (NYSE:BA) 737 MAX airplanes -- the LEAP is the sole engine option on the Boeing 737 MAX.

Putting it all together, GE appears to be winning against United Technologies on the Airbus A320neo family, and there was even some unexpectedly good news with the IAG orders on Boeing's still-grounded 737 MAX. Time to declare victory?

Unfortunately, it's rarely that clear and the following points should be noted.

First, the deal values that GE is reporting are in terms of list prices, and it's likely that discounts were offered in order to win the business.

Second, the two major deals signed at the event can't be regarded as major surprises. For example, AirAsia has been a CFM customer for a couple of decades and was one of the first to order LEAP engines.

The other big deal (IndiGo) is obviously good news for GE, but it might have been influenced by the well-publicized problems that IndiGo has had with Pratt & Whitney's GTF. In fact, IndiGo has previously had to ground aircraft while waiting for a fix for the technical problems on the GTF engine.

However, Pratt & Whitney appears to have fixed the early teething problems on the GTF -- ones that were exacerbated by heat & dust -- and its GTF production is on track in 2019. In other words, the IndiGo decision, although understandable, might come down to issues that have subsequently been rectified.

Moreover, Pratt & Whitney CEO Bob Leduc has said that GE was more aggressive on price than Pratt was willing to be over the IndiGo order. GE continues to claim the LEAP has an efficacy advantage over the GTF -- specifically, a 6% higher utilization, meaning the LEAP requires relatively less servicing.  However, this stat is probably impacted by the previous teething problems that the GTF had.

Third, the Boeing 737 MAX grounding and subsequent production cut still loom over GE. For example, GE Aviation President David Joyce gave a presentation at the air show and said the cash impact in the second quarter from the issue was tracking closer to $300 million -- CEO Larry Culp had previously given a figure of $200 million-$300 million. Furthermore, outside of this figure, GE doesn't have anything else baked into its aviation guidance.

All told, the LEAP win rate over the GTF at the Paris Air Show looks impressive, but it's largely a consequence of two big deals, and it would be surprising if CFM continues to maintain such a win ratio. The GTF remains a formidable competitor, and it's far from clear what the final impact of the 737 MAX issue will be on GE.

That said, it's impossible to view the Paris Air Show as anything but positive for GE -- and it sets up the company nicely for the remainder of 2019.