Please ensure Javascript is enabled for purposes of website accessibility
Log In Help Join The Motley Fool
Free Article Join Over 1 Million Premium Members And Get More In-Depth Stock Guidance and Research
By Keith Speights – Jun 30, 2019 at 9:00AM

These cannabis stocks could heat up this summer but -- more importantly -- should be big winners over the long run.

Cannabis stocks roared out of the gate early in 2019. Over the last few months, though, the initial momentum for many of these stocks has largely evaporated.

Long-term investors shouldn't be bothered by these temporary lulls. There are still plenty of cannabis stocks with strong growth prospects. Three that I think appear to be great picks to buy in July are Charlotte's Web Holdings (CWBHF -3.75%), Constellation Brands (STZ 1.11%), and Cresco Labs (CRLBF -0.54%). Here's why these three cannabis stocks look attractive right now. 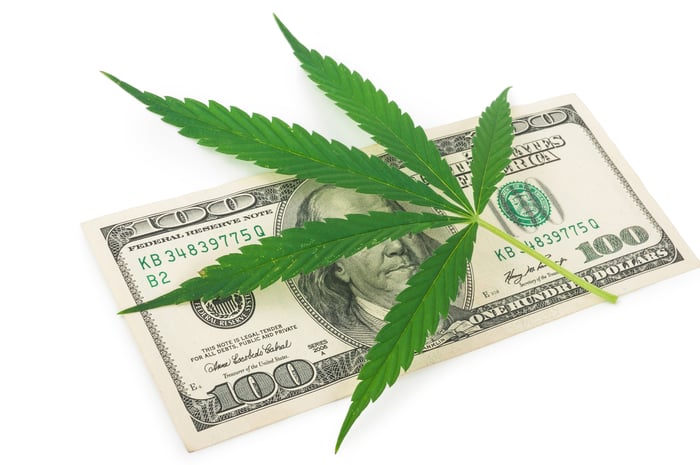 Charlotte's Web Holdings ranks as one of the most profitable cannabis stocks on the market. The company also claims the leading market share in the U.S. hemp cannabidiol (CBD) industry. That's not surprising since Charlotte's Web is a pioneer in the industry.

What I like most about Charlotte's Web is that it's well-positioned to deliver tremendous growth. The company added 2,300 retail locations to its distribution network in the first quarter -- more than were added in all of 2018. Charlotte's Web also has more than doubled its hemp acreage planting compared to last year.

Hemp CBD has now hit the mainstream, with big retailers like CVS Health selling Charlotte's Web's products on its shelves. I expect the company's momentum to pick up as more Americans become receptive to using hemp CBD. And when the FDA finalizes its regulations for CBD, the opportunity should really explode.

Despite its great growth prospects, Charlotte's Web stock trades at less than 19 times earnings. That's dirt cheap for a cannabis stock. And it makes Charlotte's Web a top pick for investors hoping to profit from the hemp CBD boom.

I know some might not think of Constellation Brands as a cannabis stock. The company's primary focus is on its beer and wines business. But Constellation's 38% stake in leading Canadian cannabis producer Canopy Growth (CGC 5.84%) gives it a bigger position in the cannabis industry than many smaller pure-play cannabis stocks.

Granted, the main reason to buy Constellation right now is its core business. The company's premium beers continue to deliver solid sales growth. Constellation's decision to sell over 30 of its wine brands should enable it to strengthen its higher-profit premium wines and spirits.

Don't overlook Constellation's cannabis prospects, though. Canopy Growth disappointed investors with its latest quarterly results, but I think that disappointment should be only temporary. Canopy should see higher sales throughout the remainder of this year with added capacity coming on line.

Like Charlotte's Web, Constellation Brands shares trade at less than 19 times expected earnings. The stock also gives investors an added bonus with its dividend yield of 1.63%.

You might not have heard of Cresco Labs. But with the company's pending acquisition of Origin House (ORHOF), Cresco is about to become a North American cannabis powerhouse.

The acquisition of Origin House will make Cresco the leading cannabis distributor in California, which claims the biggest legal recreational marijuana market in the world. This deal will also give Cresco a presence in Canada, particularly with the vape retail operations of 180 Smoke acquired by Origin House earlier this year.

There's one important common denominator for all three of these cannabis stocks: They all are based in the U.S. I think that this is an especially important detail for Charlotte's Web and Cresco Labs.

Canadian cannabis stocks sport much higher valuations than their U.S. counterparts. This is due primarily to cannabis remaining illegal at the federal level and some uncertainties for the hemp CBD market as the FDA moves forward with establishing regulations for the industry.

I think that changes will be made sooner or later to federal laws in the U.S. that will recognize the rights of states to establish and enforce their own cannabis laws. I also expect that the FDA will issue reasonable regulations related to hemp CBD in the not-too-distant future.

When these events happen, it will unlock the value for U.S.-based cannabis stocks. It will also provide a big boost for Canadian cannabis companies like Canopy Growth that are already entering the U.S. hemp CBD market and have laid the groundwork to jump into the U.S. marijuana market. Of course, what's good for Canopy is also good for Constellation Brands.

Don't be distracted by temporary pullbacks with any of these stocks. Charlotte's Web, Constellation Brands, and Cresco Labs should be big winners over the long run.