If you're a growth investor, you can't afford not to own technology stocks. Since the official end of the Great Recession in June 2009, the tech-heavy Nasdaq-100 index has increased by 310%, nearly double the 164% return of the S&P 500.

However, investing in technology isn't for the faint of heart, as it's hard to separate the next big thing from the next big bust.

With that in mind, we asked three Motley Fool contributors for their best technology picks right now. Here's why PayPal Holdings (NASDAQ:PYPL), Yandex (NASDAQ:YNDX), and Micron Technology (NASDAQ:MU) made their lists. 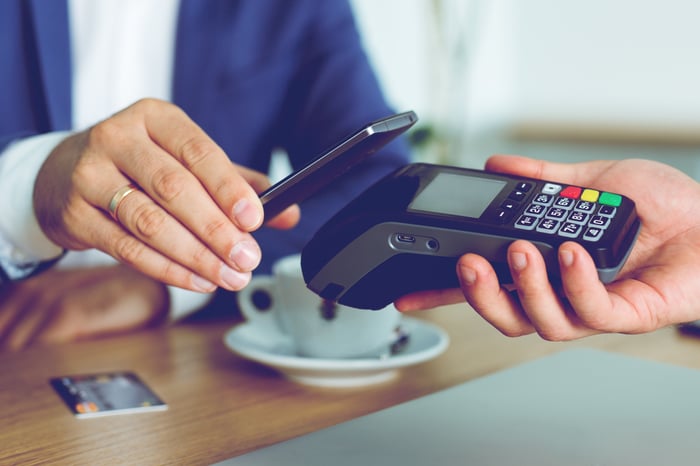 The one stock for a cashless society

Chris Neiger (PayPal Holdings): PayPal is already synonymous with online payments, which is great when you consider that e-commerce sales are just getting started. This year, online sales will account for only 11% of U.S. retail sales. This means that as the e-commerce market grows, PayPal's easy-to-use payment service should grow right along with it.

Investors can see just how well the company is tapping into this market by checking out its latest quarterly financials. Revenue jumped 12% year over year in the first quarter, and non-GAAP (adjusted) earnings per share reached $0.78, beating analysts' consensus estimates. Meanwhile, total payment volume -- the total dollar amount processed on PayPal's platform -- reached $161 billion, up 22% from the year-ago quarter.

What's even more impressive than the company's most recent quarter is its opportunity in the person-to-person (P2P) payment market. PayPal owns the popular P2P app Venmo, which now has 40 million users and generated $21 billion in total payment volume in the first quarter, up 73% year over year. Venmo is a big deal for PayPal, and its investors, because younger consumers are using technology instead of cash to pay for goods and services, and to pay each other back for things like rent and splitting meals.

PayPal's CEO said earlier this year that the digital payments market, which includes online payments, mobile payments, P2P, and more, could eventually be worth $100 trillion. With its early moves into this market, its leadership position in the P2P space with Venmo, and the company's strong online transaction growth, investors need to look at this company for what it is: one of the best plays for the coming shift toward a cashless society. 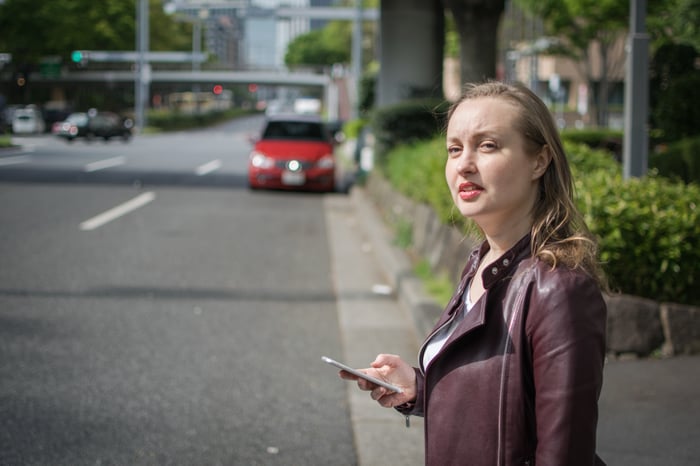 Yandex: Not just the Google of Russia

Jamal Carnette, CFA (Yandex): Although Google is the global leader in search queries, Russia is one of the few countries where it doesn't have a dominant market share. Instead, local competitor Yandex claims the top spot. And Russia isn't a small market -- with 90 million Internet users, the country has Europe's largest number of netizens.

Yandex's opportunity is bigger than simple search, however: Although Yandex is often referred to as the "Google of Russia," the company is more akin to Google's parent company Alphabet, adding new verticals like Yandex.Taxi, its on-demand ridesharing and food-delivery joint venture with Uber, and Yandex.Market, the country's largest e-commerce website. The company's dominant position in search gives it a natural advantage in adding new verticals and monetizing its user base.

It's been a great year for Yandex shares, which are up 40% as of this writing, but the long-term story is just getting started. The combination of increased searches from new and existing Internet users and increased monetization from newer businesses should keep Yandex growing for decades.

Anders Bylund (Micron Technology): This memory-chip giant has delivered a 21% return in the last week alone, thanks to a solid earnings surprise. Don't let that big jump scare you away from Micron, though: This ultra-cyclical stock still has a lot of value left to unlock. 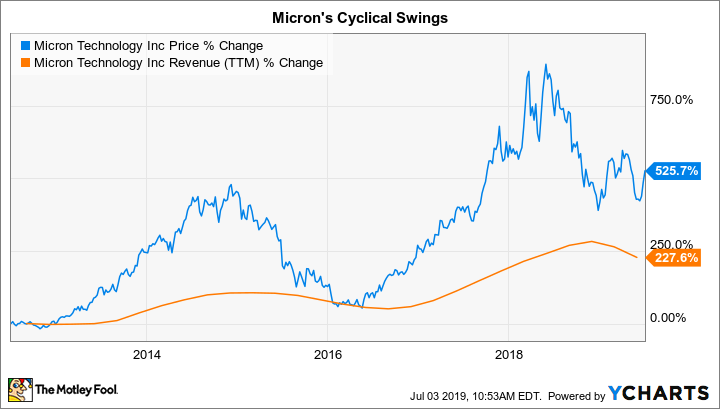 Today Micron trades at just 4.7 times trailing earnings and 7.2 times free cash flow. The stock can also be bought for a deep-value multiple of 1.2 times Micron's book value. I'm looking at a ticker trading 33% below its 52-week highs here. In short, this stock is priced as if Micron were going out of business. And that's after last week's massive jump.

My fellow Fool Harsh Chauhan argues that Micron isn't out of the woods yet, and that's certainly true. The China-U.S. trade wars are still raging, smartphones are no longer the unstoppable source of growing demand that they used to be, and chip prices continue to fall.

But all of these issues are priced into Micron's stock, and I see a clear path to reversing each one. Trade wars can't last forever; smartphones will hand the baton over to Internet of Things devices; and disciplined manufacturing policies will help Micron control the pricing situation. CEO Sanjay Mehrotra expects the pricing picture to start stabilizing in the second half of this calendar year.

The market is treating Micron like a near-certain bankruptcy. Meanwhile, the company keeps generating solid cash flow even near the bottom of a deep, dark cyclical trough. Smart investors are buying Micron right now.