Aurora might be late to the battle in the U.S., but the company just might eventually claim the throne in the global hemp CBD market.

Canopy Growth made waves with the announcement in January that it's building a large-scale hemp production facility in New York State. The company expects to have hemp cannabidiol (CBD) products on the market by the end of this year. Tilray jumped head first into the hemp market soon after Canopy's announcement with its acquisition of Manitoba Harvest, the leading hemp foods company in North America.

But what about Aurora Cannabis (ACB 7.75%)? You might not have heard very much about the company's hemp CBD efforts lately. However, there's a pretty good argument to be made that Aurora just might emerge as the king of hemp CBD. 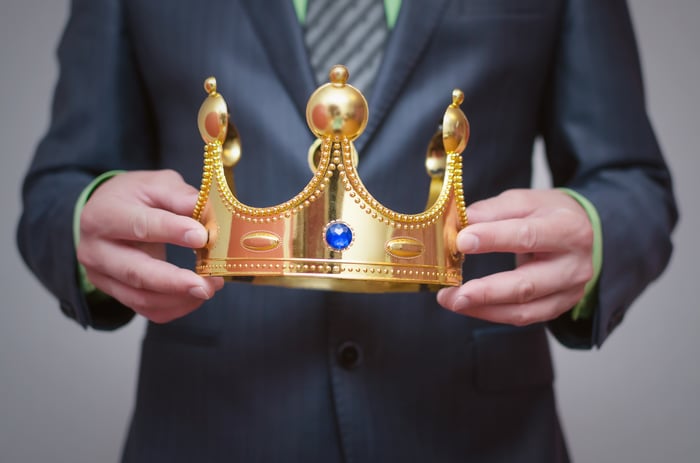 If you're looking for impressive credentials in hemp, Aurora's got 'em. Back in 2017, the company invested in Hempco, a Vancouver-based maker of hemp-based foods, hemp fiber, and hemp nutraceuticals. Hempco also supplied Aurora with raw hemp for extracting CBD.

This relationship gave Aurora a chance to get to know Hempco very well. And it led to Aurora announcing three months ago that it was acquiring all of Hempco. With Hempco expanding its capacity to be able to produce 2.9 million kilograms of cannabis annually, the deal gives Aurora a solid launching pad for the North American hemp CBD and industrial hemp markets.

In addition, Aurora acquired ICC Labs in 2018. ICC claims a market share of greater than 70% in Uruguay's legal cannabis market. It's also a leader in the South American hemp CBD market, with a large-scale extraction facility that can process 150,000 kg of CBD feed annually.

What about the U.S.?

While Aurora has built up an impressive hemp presence in Canada, Europe, and South America, the company hasn't made any major moves into the biggest hemp CBD market of all: the U.S. This appears to be a huge missing piece for Aurora.

Granted, Aurora's spin-off Australis Capital has actively invested in the U.S. Australis' deals include investing in Folium Biosciences, the largest vertically integrated producer, manufacturer, and distributor of hemp-derived phytocannabinoids in the U.S. But Australis Capital is a stand-alone entity.

Aurora's management team has been very vague about the company's strategy for the U.S. hemp CBD market. In Aurora's latest quarterly conference call, CEO Terry Booth stated, "We have a strategy of entering into the US." But he added, "That strategy is obviously confidential."

Chief Corporate Officer Cam Battley noted, though, that Aurora is exploring opportunities in the global hemp market with advisor Nelson Peltz, a billionaire investor with strong connections in the consumer packaged goods industry. Battley said that industrial hemp and CBD is an "important area of attention." He didn't provide any details on Aurora's next steps and instead only stated, "We are assessing where in the value chain we'll be able to generate the most value."

A hemp CBD Game of Thrones

I suspect that we'll see a race to dominate the global hemp CBD market that's kind of like the battle for the Iron Throne in the HBO TV series Game of Thrones. Multiple players, both large and small, will compete in this race.

It's possible that Aurora's calculated bet to take a cautious approach with entering the U.S. market could turn out to be a bad move in retrospect. However, despite its lack of a U.S. presence so far, Aurora should be viewed as a legitimate contender to wear the crown as king of hemp CBD. Of course, the hemp CBD market could also be ultimately won by a company that isn't on anyone's radar right now -- just like the ending of Game of Thrones.