Amazon.com (NASDAQ:AMZN) is expanding its package pickup Locker concept with Counter, a partnership with retailers that lets customers pick up an order in-store. Where Amazon Lockers let customers access a storage locker in a retail location to retrieve their parcels, Counter uses a store's employees to fetch the item for them.

The first retailer that signed up for the program, Rite Aid (NYSE:RAD), will start with 100 stores initially but will expand to 1,500 locations by the end of the year, and Amazon is looking for more retailers to join. 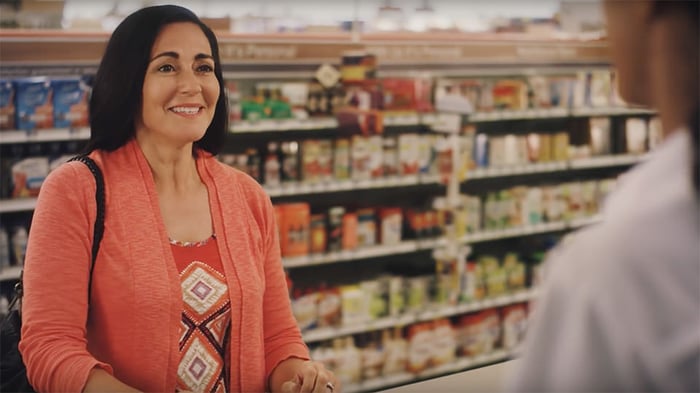 There aren't a lot of retailers that would be a natural fit for Counter because Amazon is competing against most of them. Making it easier for Amazon customers to do their shopping at the e-commerce site only serves to undermine the retailer's sales.

Retailers in the past that installed Lockers in their stores, like Staples and Radio Shack, realized quickly they were simply facilitating sales of products they could have been selling themselves. Amazon customers were coming to their stores, but only to pick up their orders: They weren't shopping.

Although Amazon has ambitions to break into the online pharmaceutical market, having bought online pharmacy PillPack last year for just under $1 billion, right now the e-commerce giant isn't a particular competitor to Rite Aid, which also has Amazon Lockers in its stores. The pharmacy operator doesn't have to worry it is pushing customers away from its own business and helping a rival succeed.

That was the fear when Kohl's (NYSE:KSS) agreed to serve as a package return drop-off location for Amazon. The department store was making shopping on Amazon a virtually pain-free experience by bearing the cost of packaging the item to be returned and shipping it back to Amazon for free.

However, since Kohl's is rolling out the program nationally, it is apparently having the intended effect of getting people into the department store and then shopping its racks -- there's even data analysis that seems to back it up -- but it still looks like a risky endeavor.

Rite Aid shouldn't have that worry because the two don't compete at the moment, but Amazon is diving deeper into the space, having also launched a healthcare joint venture with Berkshire Hathaway and JPMorgan Chase. Amazon says that when it launched the program in the U.K. with clothing retailer Next, the service was well received and drove "strong customer engagement and additional foot traffic for partners."

That's what Rite Aid needs. Its first-quarter earnings report last week was another disappointment, with falling sales, widening losses, and declining retail pharmacy revenues. Anything that gets people into its stores could help.

The need for physical locations

It also expands on Amazon's own bricks-and-mortar retail ambitions. Having driven a ton of sales online and away from physical retailers, it has since discovered that more of an omnichannel approach is necessary.

First, home delivery of packages isn't always possible or convenient, so having a physical place where packages can be retrieved is essential. It's one of the reasons Walmart is proving to be adept at digital sales, because it offers a vast network of thousands of stores that can serve as pickup locations for orders purchased online.

Amazon is countering that offensive, first with its purchase of Whole Foods Market but then also with the opening of what is believed will be thousands of Amazon Go stores; specialty outlets like 4-Star and Books; and the installation of Lockers in retailers and shopping malls.

Yet its partnership with Rite Aid is also telling because of the potential it offers for PillPack and introducing it into the physical world. There has been speculation that Amazon might buy Rite Aid, but my colleague Rick Munarriz recently shredded the theory, essentially saying Amazon doesn't need to buy the cow when it can get the milk for free.

"Buy online pick up in store" (BOPIS) is becoming an essential ingredient for retailers looking to confront the challenges posed by Amazon, but the e-commerce leader realizes that it also needs that capability.

Counter is yet another example of Amazon's camel getting its nose under the tent of further entrenching itself into the physical retail marketplace. Rite Aid may be one of those retailers that doesn't need to worry much about the impact of partnering with the e-commerce leader, at least not yet, but other retailers considering signing onto the pickup service may end up paying a high cost for doing so.