Shares of the cancer diagnostic specialist Exact Sciences Corporation (NASDAQ:EXAS) gained 13.9% over the course of June, according to data from S&P Global Market Intelligence. What was the catalyst?

Exact's shares have been on an absolute tear this entire year for a few good reasons. First off, sales of the company's novel colon cancer test Cologuard have been growing at a rapid clip -- especially since the biotech formed a marketing and promotional partnership with Pfizer (NYSE:PFE) late last year. 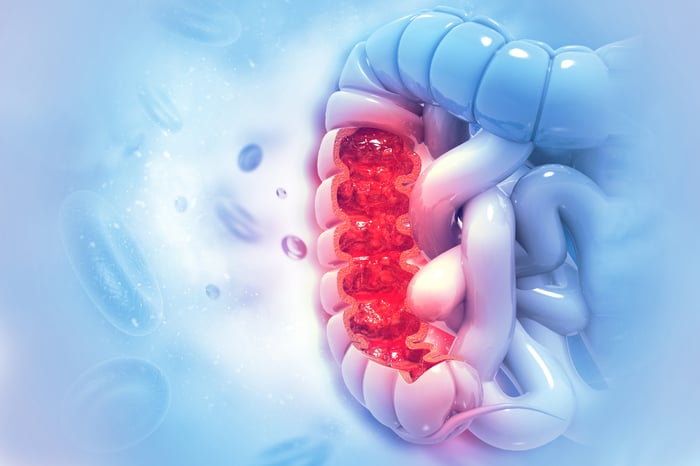 Cologuard's heady sales trajectory, in turn, has been fueling speculation on Wall Street that Exact might be a top takeover target. Last but certainly not least, the company has also been striving to build, with its partner the Mayo Clinic, a broad liquid biopsy franchise that could generate tens of billions in sales over the next decade.

While Cologuard's sales are forecast to top $1 billion as soon as next year, a good chunk of the company's future top-line growth appears to be priced in at this point. Exact's shares, after all, are now trading at an astronomical 15 times next year's projected sales.

Now, the biotech's sky-high valuation could fall dramatically in the years ahead if Exact can successfully tack on additional indications to its unique cancer diagnostic franchise. But it's also important to bear in mind that there are other players attempting to break into this high-value market right now. Thus Exact may not be able to hold on to its virtual monopoly for the entirety of the next decade, which seems to be the prevailing assumption among investors in light of the biotech's present valuation.

Exact's immense valuation probably also means that a buyout is off the table. And Pfizer, Exact's marketing partner and often-rumored suitor, just plopped down $10.6 billion to gobble up Array BioPharma -- so that door appears to be closed for the time being.

Although Exact's core business is humming along like clockwork, investors may want to consider taking some profits after this monstrous run. That's not to say that Exact's stock is destined to cool off in the near term, but it does appear to be hitting rarefied air at this point -- especially now that a buyout no longer appears to be in the cards.