Please ensure Javascript is enabled for purposes of website accessibility
Free Article Join Over 1 Million Premium Members And Get More In-Depth Stock Guidance and Research
By George Budwell - Jul 8, 2019 at 11:08AM

Geron's stock has rebounded nicely in the first half of 2019.

Shares of the prerevenue biotech Geron Corporation ( GERN -3.62% ) gained an astounding 41% during the first six months of 2019, according to data from S&P Global Market Intelligence. What caused investors to pile into this clinical-stage biotech stock in the first half of the year?

Geron's stock has been marching higher in response to the news that its telomerase inhibitor, imetelstat, will enter a pivotal-stage trial for the rare blood disorder known as lower-risk myelodysplastic syndromes (MDS) this summer. 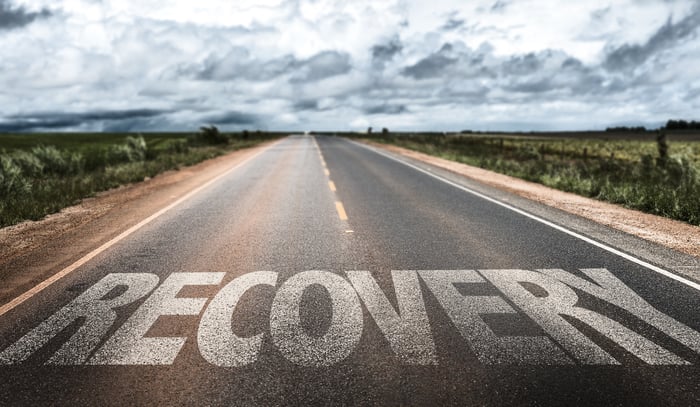 While imetelstat is still a few years away from a possible regulatory approval, the drug could end up generating hundreds in millions in sales if approved for MDS. That's a healthy commercial opportunity for a company with a market cap of only $261 million at the time of writing.

Unfortunately, imetelstat might have to battle Celgene and Acceleron Pharma's luspatercept for a piece of the MDS pie. The two biotechs, after all, recently announced that the U.S. Food and Drug Administration (FDA) has officially accepted luspatercept's biologics license application for review. The FDA will reportedly make a final decision on the drug's MDS indication by April 4, 2020.

Assuming everything goes according to plan, Geron's rival MDS drug could be on the market by late 2022 or perhaps early 2023. That's the good news. The bad news is that Geron will almost certainly have to raise capital well before this seminal event takes place.

Point blank, the biotech's remaining $170 million in cash and marketable securities simply won't cover the full cost of imetelstat's late-stage development. Therefore, investors shouldn't buy this speculative biotech stock without accepting the fact that Geron will probably have to dilute current shareholders at some point within the next two years. That's not the end of the world, but a sizable capital raise may cool off the biotech's upward momentum.