Believe it or not, last month's drop was a planned event.

Shares of KAR Auction Services (KAR -0.54%) plunged 55.5% in June, according to data from S&P Global Market Intelligence, but that's only because the vehicle auction services company completed the spinoff of its IAA (IAA 0.57%) salvage auction business, which it first announced in early 2018. IAA, for its part, is now a publicly traded company listed on the New York Stock Exchange and consists of each of the pre-separation salvage auction businesses of KAR: Insurance Auto Auctions in the U.S., Impact Auto Auctions in Canada, and HBC Vehicle Services Limited in the United Kingdom. 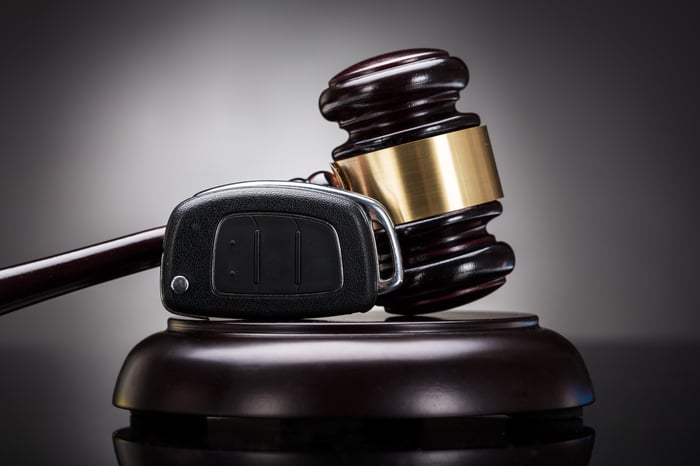 To be clear, KAR shareholders did not lose more than half of their investments during the spinoff. Rather, KAR investors kept their existing number of KAR shares, but were also given a single IAA share for every KAR share held as of 5:00 p.m. on the record date of June 18, 2019, in effect making the spinoff a zero-sum game.

However, while KAR (and no IAA) shareholders technically saw no difference in the dollar balance of their brokerage accounts, KAR management believes the split will create shareholder value over the long run.

KAR chairman and CEO Jim Hallett called it the "beginning of a new era for KAR and our investors, employees and diverse customers around the globe," leaving both companies better positioned to accelerate their respective strategic growth initiatives.

Why KAR Auction Services Stock Tanked 25% at the Open Today

Why Cars.com and KAR Auction Dropped by Double Digits While Carvana Popped 10%

Why Shares of KAR Auction Services Are Moving on Friday