Shares of KAR Auction Services (NYSE:KAR) are plummeting in midday trading Wednesday, down 10.8% as of 1:25 p.m. EDT after the used- and salvage-car auction company reported disappointing numbers for its fiscal second quarter of 2019 last night.

Expected to earn $0.37 per share on sales of $691.5 million, KAR instead reported "operating adjusted net income from continuing operations per diluted share" of only $0.30 -- despite booking $719.1 million in sales. 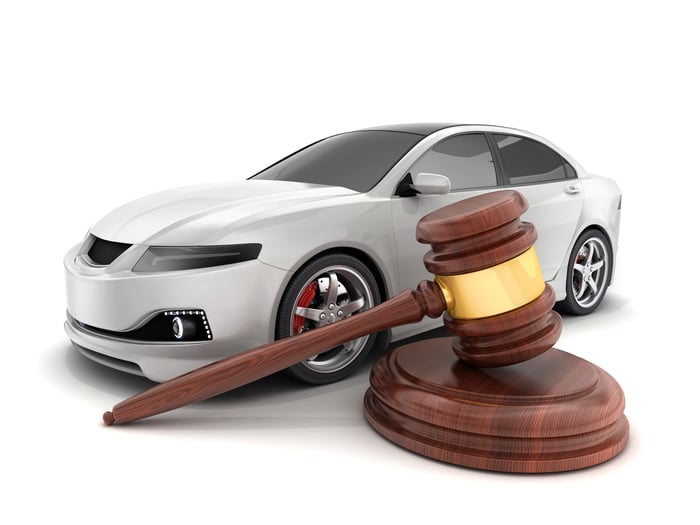 Nor was that the end of the bad news. KAR's "$0.30" profit, it turns out, was only a pro forma number -- not GAAP. Calculated according to generally accepted accounting principles, KAR's Q2 profit from continuing operations was actually only $0.20 per share, a 29% decline in profit from the $0.28 per share, GAAP, that the company earned in Q2 2018.

Net income for the quarter, which includes profit both from continuing operations and the discontinued IAA operation, came to $0.41 -- also a decline from last year -- about 40% lower.

Despite the disappointing quarter, KAR management stuck by its original guidance for full-year earnings, predicting that by year-end, it will have earned between $0.92 and $1.02 per diluted share from its continuing operations and between $1.24 and $1.34 per share in "operating adjusted net income per share."

At the midpoint of that latter range, therefore, KAR appears to be still promising to hit analyst predictions for full-year earnings. Given that reassurance, I wouldn't be terribly surprised to see KAR's share price bounce back in relatively short order.