Please ensure Javascript is enabled for purposes of website accessibility
Free Article Join Over 1 Million Premium Members And Get More In-Depth Stock Guidance and Research
By Daniel B. Kline - Jul 9, 2019 at 5:43AM

Amazon's major rivals see lower store traffic during the week of the sale. But one physical retailer gets a big boost from it.

Amazon ( AMZN -1.53% ) has turned Prime Day into a digital Black Friday in the middle of summer. Other retailers with significant e-commerce operations, such as Walmart ( WMT -1.40% ) and Target ( TGT -2.13% ), have benefited from its buzz by holding their own concurrent sales, but that hasn't boosted buying at those chains' brick-and-mortar locations.

However, Prime Day has given a boost to Amazon-owned Whole Foods, according to an analysis of 2018 shopping patterns by Placer.ai. To effectively translate the sale for its grocery stores, Amazon offered its online discounts for in-store purchases, too, and extended the event at Whole Foods to a full week.

"Impressively, the tactics seemed to work effectively," wrote Placer.ai's Ethan Chernofsky. "Visits on the sale Sunday rose 26.8% above the baseline for the time between June and September of 2018, making it the most successful day for visits in the period. Additionally, the sale Saturday visits of Prime Day week rose 22.4% above the baseline, making it the most successful Saturday for the period." 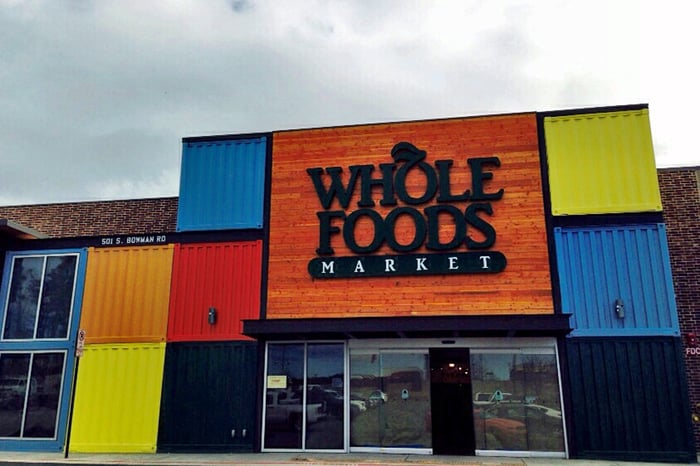 How did Target and Walmart perform?

Amazon has been able to enhance Whole Foods' revenues by leveraging its online audience. Customers got added discounts at the grocery chain for shopping on Amazon's website during Prime Day.

Walmart and Target haven't been as successful in extending the sales party to their stores. During the week that contained 2018's 36-hour Prime Day, Walmart's weekday sales came in below normal and its weekend sales were not the highest of the summer.

Target's result was similar -- the chain's best sales weeks in the summer came after Prime Day week had passed. And for Best Buy, that weekend was one of its worst of the summer, while its strongest weeks came after the giant sales event.

This data suggests that some shoppers had purchases they intended to make, and that they gave Amazon first dibs on them. If the items they wanted didn't go on sale during Prime Day, or if the consumers missed out on buying them for other reasons, they instead purchased them from brick-and-mortar chains later in the summer.

"While nearly 200 brands got involved in the Prime Day opportunity in 2018, few looked to bring its tremendous benefits offline," wrote Chernofsky. "In fact, of the major players, one of the only brands to see a significant impact was Amazon's offline grocer -- Whole Foods."

Amazon created Prime Day, and its execution around the summer sale continues to be a step ahead of its rivals. But the model it has used to effectively drive customers to Whole Foods seems like one that Walmart and Target could follow.

The difference -- and it's a big one -- is a matter of merchandise overlap. For the most part, Amazon and Whole Foods aren't selling the same things. At Walmart and Target, the e-commerce operations  basically offer the same merchandise as the stores (albeit more of it).

If those two retailers want to use their versions of Prime Day to lure more people into their brick-and-mortar locations, they should consider offering extra discounts on in-store grocery purchases to people who have made purchases online. That would mimic the Amazon model, and help them tie their digital and physical businesses together.