Value stocks aren't easy to find these days. The market is hitting all-time highs nearly every single day it seems, and the S&P 500 and Dow Jones Industrial Average have both hit new milestones in recent days, at 3,000 and 27,000, respectively, making cheap stocks few and far between.

Still, not every sector is surging with the market. In fact, there are even some stocks that are ripe for bargain hunters. Keep reading to see why our Motley Fool contributors recommend Ford Motor Co. (NYSE:F), Teva Pharmaceutical (NYSE:TEVA), and Winnebago Industries (NYSE:WGO). 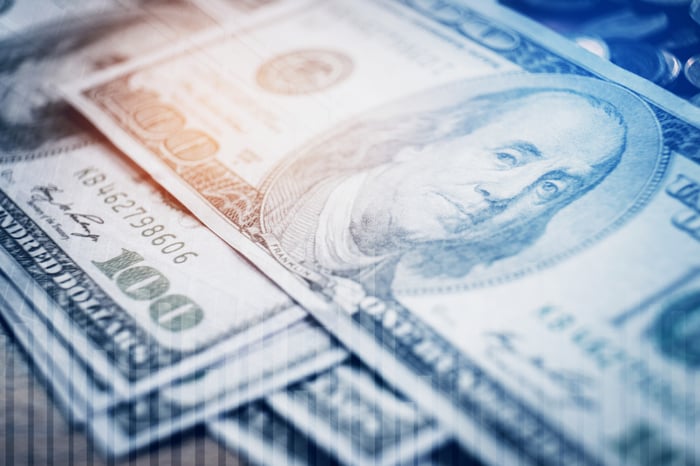 Jason Hall (Ford Motor): The past few years haven't been kind to Ford investors. Even with a 32% surge since the start of the year, shares are down by nearly half over the past five years. Moreover, the company's recent results have given reason for some concern: U.S. sales fell 4% in the second quarter.

But the uncertainty surrounding the company is causing investors to overlook its upside and the deep value Ford shares represent.

Ford is in the midst of a significant product transition. It's largely exiting the midsize sedan business in North America, and this strategy is the biggest driver behind its recent sales decline. Sedan sales fell 23%, almost entirely on declining volume of models Ford has discontinued. Sales of the popular Explorer SUV also fell sharply, but this was also expected as the company shifted production to the 2020 model in the quarter and had limited inventory available at dealers.

Heading into the second half of the year, Ford is primed for better results. The new Explorer has started shipping; Ford's truck lineup -- now including the midsize Ranger -- is stronger than ever; and the new, smaller sedan lineup is more focused.

Here's where the value comes in: Ford shares trade for 7.2 times expected 2019 earnings, 5.5 times trailing free cash flows, and 2.7 times trailing operating cash flows. That's cheap considering its prospects to improve on last year's results. Moreover, the dividend yield is 5.9% at recent prices, and it's well covered with a cash payout ratio of 32%.

You won't find a cheaper stock

Sean Williams (Teva Pharmaceutical): Feel free to call me insane, considering the mountain of issues generic and branded drug developer Teva Pharmaceutical has been contending with over the past two years, but at less than four times forward earnings, you probably won't find better value.

Many of the concerns surrounding Teva, while valid, are often overblown, which is why I've added Teva to my personal portfolio. The company's net debt, for example, once stood at more than $34 billion two years ago. However, this debt load has been whittled down by $8 billion over that time, with CEO Kare Schultz trimming the fat and removing noncore assets. Selling Teva's women's operations netted more than $2 billion, while internal cost and job cuts will wind up saving the company $3 billion a year (about a 16% reduction from where costs were a few years ago). The elimination of Teva's dividend has also saved more than $1 billion annually. When compounded with $2 billion (or more) in annual operating cash flow, this debt load isn't nearly as concerning as it once was.

The fact that 44 states have sued Teva over the sale of opioid drugs is also likely overdone. Even if the worst possible scenario comes to fruition, which, according to Wall Street, would result in aggregate fines of up to $4 billion, these fines would be amortized over many years, and Teva should have little trouble meeting these costs with its steady operating cash flow.

Teva's core businesses also aren't nearly as weak as they're perceived. This is the largest generic-drug company in the world, and with that should come long-term pricing power, as well as the ability to realize significant sales volume gains as the global population ages and gains better access to medical care.

On the branded side of the equation, significant contraction of Copaxone's sales to generic competitors is in the rearview mirror, while Ajovy and Austedo offer peak annual sales potential of perhaps $500 million and nearly $1 billion, respectively, within the next four years.

With 2019 likely Teva's trough year in terms of revenue and earnings per share, it looks to be the top value stock investors can buy in July.

Jeremy Bowman (Winnebago Industries): Summer is peak travel season in the U.S., and with gas prices low and the stock market at an all-time high, now could be a great time for Americans, especially those heading into retirement, to cash in those 401(k) chips for an RV.

For value investors, Winnebago presents an appealing option. The stock trades at a P/E of just 10.9, and the company has been making smart moves to diversify its asset base with acquisitions of towable-maker Grand Design and high-end boat manufacturer Chris-Craft. Though motor home sales have been slow of late, those other segments have given the company a boost, as a substantial majority of its sales come from towables.

In its most recent quarter, adjusted earnings per share ticked up 12% to $1.14, and operating cash flow has surged 36% through the first three quarters of the fiscal year. The company has also consistently posted market share gains, improving its share of the retail market from 3% three years ago to 10% today.

Meanwhile, the company is also expanding production capacity for both Grand Design and Chris-Craft, which should help drive sales increases at both of those businesses in the coming years.

Winnebago stock offers a modest 1.1% yield as well, and the long-term picture looks promising for RV makers as millennials embrace #Vanlife and more baby boomers head toward retirement. If the company can take advantage of a promising macroeconomic climate during the summer travel season, Winnebago stock could be poised for gains.