Please ensure Javascript is enabled for purposes of website accessibility
Log In Help Join The Motley Fool
Free Article Join Over 1 Million Premium Members And Get More In-Depth Stock Guidance and Research
By Rich Smith - Jul 12, 2019 at 10:51AM

It's an M&A miracle!

Tower International (NYSE: TOWR) shareholders have had a miserable year, watching their shares fall steadily from a high near $37 a share last summer to barely $18 a stub as of yesterday's closing bell. But then a miracle happened:

This morning, privately equity-owned automotive parts company Autokiniton Global Group announced it will pay $31 -- cash -- to acquire Tower International. Tower shares are up 68.6% as of 10:10 a.m. EDT in response to the news. 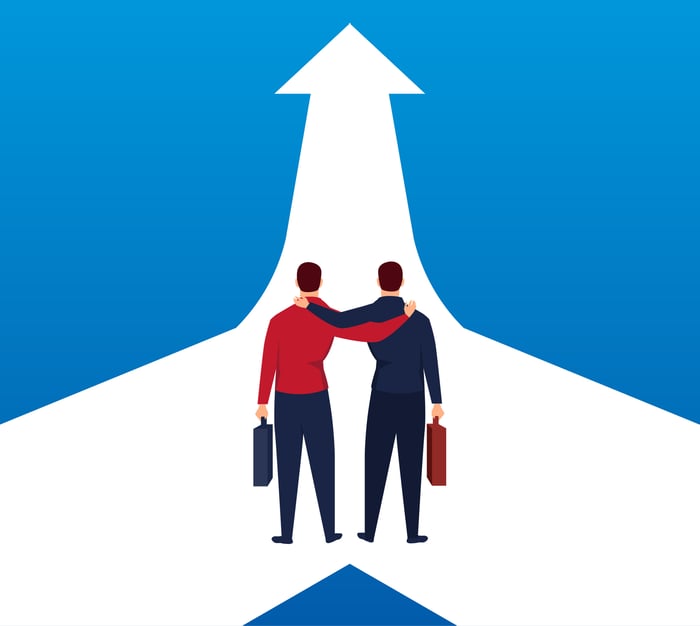 Autokiniton's buyout offer comes at an opportunistic time. For two quarters in a row, Tower has reported declining revenues and negative GAAP earnings. Q2 2019, however -- the company's next earnings report -- was supposed to be the one in which Tower turned things around, with analysts predicting less profit than Tower earned a year ago, true, but at least a positive profit.

Now, if that happens, it will be Autokiniton that reaps the benefit from that turnaround.

Still, I don't think Tower shareholders will be complaining too much. In one fell swoop, Autokiniton's buyout offer promises to erase most of the losses they've suffered over the past 12 months. For his part, Tower CEO Jim Gouin says he's "extremely pleased to reach agreement with AGG on a mutually beneficial transaction" and says his shareholders will reap "an immediate share price premium" once the acquisition closes.

In that regard, management is targeting a September or October closing. Tower does still have 35 days to "go shop" for a better offer. But unless you think there's another potential buyer hiding in the bushes, today's share price of $30.81 is close enough to Autokiniton's offer price that investors should seriously consider taking the money now rather than waiting for the remaining $0.19 to be paid two or three months from now.