The restaurant industry is notoriously challenging for both operators and investors. However, with the average American household spending more than $3,000 a year eating out, there's opportunity to make money in the sector.

With that in mind, we asked three Motley Fool contributors for restaurant stocks to buy this month. Read on to find out why McDonald's (NYSE:MCD), Dave & Buster's Entertainment (NASDAQ:PLAY), and Papa John's (NASDAQ:PZZA) made the list. 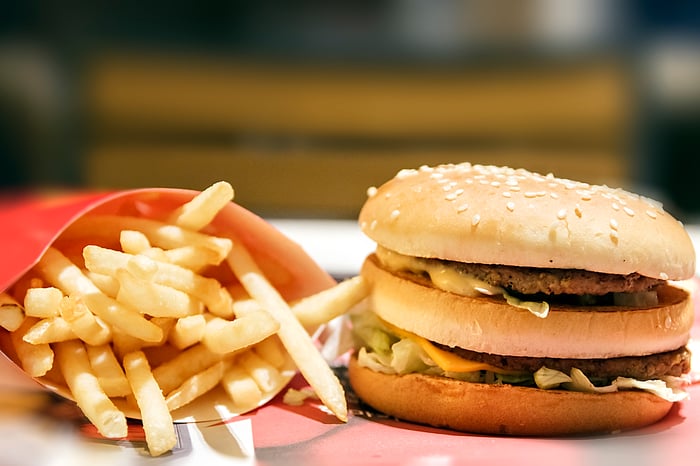 Bet on this burger joint

Chris Neiger (McDonald's): Investors who've shied away from McDonald's in the past need to take another look at this famous restaurant stock. The company's share price gains of 35% over the past 12 months (compared to the S&P 500's 9%) are impressive, but it's McDonald's most recent moves that could help push up the company even further.

For one, McDonald's focus on managing its costs and improving sales are paying off. Sales in the U.S. were up 4.5% in the first quarter, after stagnating around 2% in the previous two quarters. At least part of the increase can be attributed to new marketing campaigns like its Bacon Event, as well as the company's focus on new technology, like its ordering kiosks.

McDonald's is also looking to new trends, like delivery, to boost sales. The company's management said on its most recent quarterly earnings call that its McDelivery service is now available in more than 20,000 restaurants in over 75 countries.

Investors should also take notice of McDonald's 2.2% dividend yield and the company's long history of returning money to its shareholders. McDonald's started paying a dividend in 1976 and has raised it every year since. And with the dividend payout taking up just 60% of the company's earnings, McDonald's has plenty more room to boost its dividend higher still. For investors looking for a restaurant stock that's made significant turnaround lately, McDonald's should be on your short list.

Dave & Buster's isn't busted at all

Anders Bylund (Dave & Buster's Entertainment): The chain of restaurants equipped with a plethora of entertainment features had a rough June. Share prices plunged 19% lower due to a mixed first-quarter report. Earnings came in just above Wall Street's expectations, but revenues fell short by a fairly wide margin and Dave & Buster's updated full-year sales guidance didn't impress anybody. Several analysts lowered their price targets and buy/hold/sell recommendations based on this report and the market followed suit in a hurry.

And maybe we should just thank Mr. Market's knee-jerk tendencies for giving us an attractive buy-in price for Dave & Buster's right here.

Trading at just 13 times trailing earnings and 16 times free cash flows, Dave & Buster's is arguably one of the most affordable stocks in the restaurant sector today. The company has also been growing faster than most of its peers in recent years, averaging a 15% revenue boost per year over the last five years.

Sure, Dave & Buster's is stumbling a bit at this point. The company's comparable store sales growth has slowed down to low single digits across both the food and entertainment segments. Some analysts fear that we're looking at a company that can't grow any further except by opening more locations. When the map gets saturated, that becomes a dead-end strategy.

But Dave & Buster's is also an innovator that is adding fresh games tied to the Star Trek and Marvel brands. The restaurant menu was recently cut 35% smaller, simplifying the food-based operations in many ways. Give the company some time to market and exploit these improvements and watch the stock price perk up as the rebound story plays out. Jamal Carnette, CFA (Papa John's): The pizza company has recently been in the news less for its pizza and more for a series of missteps led by founder and former CEO "Papa" John Schnatter. Headline risk is a short-term concern -- at some point the outrage cycle tends to die down.

A good example of this is Chipotle. After the initial raft of food-related illness scandals in 2015, the public (and the investing community) tired of new reports. Eventually, diners returned to the burrito maker, powering the stock 65% higher over the last year. The stock now sits near/at all-time highs, despite a large food-borne illness outbreak in Ohio that sickened up to 700 people last year.

Unlike Chipotle, however, it's likely Papa John's will not have a recurrence of what dragged the stock down. Investors can expect a less gaffe-filled company going forward. And while there's certainly cause for concern -- Papa John's reported a North American systemwide comparable sales decrease of 6.9% in the first quarter -- the bad news is baked into the stock (pun shamelessly intended) as it trades at nearly half its 2017 highs.

Additionally, it stands to reason the company will improve on the comparable sales front as the company will no longer have to deal with the impossible comps in the upcoming third and fourth quarters. As you may remember, the company lost its "Official Pizza of the NFL" marketing deal in 2017 as Schnatter waded into the kneeling controversy, making year-on-year comparisons last year extremely difficult. Easier comps and a forgetful public should lead to better returns for Papa John's in the year ahead.