Netflix's (NASDAQ:NFLX) season three of Stranger Things is getting rave reviews. Rotten Tomatoes critics awarded the TV series an impressive 89% approval. Viewers love it, too, with the series earning an 86% audience score on Rotten Tomatoes' website. Of course, there's a good chance you're aware of how good it is. Droves of people have been watching the series. In fact, many have already finished it.

Stranger Things 3's success bodes well for Netflix's big spending on original content. The company has bet heavily on the strategy, so much so that the company expects free cash flow to be -$3.5 billion this year as Netflix incurs big costs from the front-loaded spending required for producing and bringing to market original content. 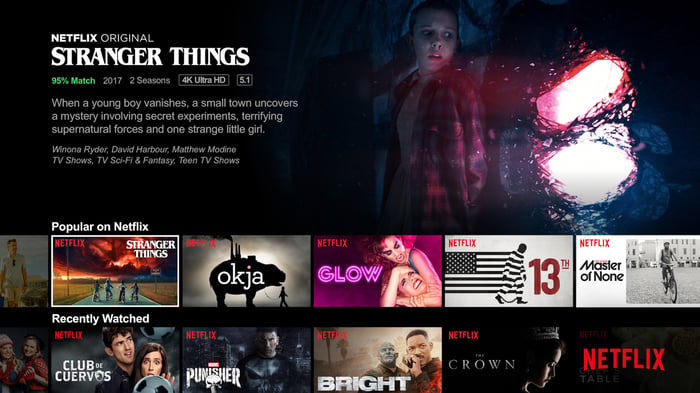 "[Stranger Things 3] is breaking Netflix records," the company tweeted on Monday. At the time, 40.7 million households had watched the series since it debuted on the Fourth of July. This was "more than any other film or series in its first four days," the company said. With approximately 150 million paying Netflix subscribers, that's more than a quarter of accounts on the platform. By Monday, 18.2 million households had already finished the entire season.

Stranger Things joins other blockbuster hit originals the company has had recently. Late last year, Netflix said over 45 million Netflix accounts watched Bird Box, starring Sandra Bullock, during the first seven days of the film's availability on the streaming platform. During the first quarter of 2019, Netflix built on this momentum with action movie Triple Frontier, starring Ben Affleck. It was watched by more than 52 million accounts in the first four weeks of availability.

Such spectacular success from Stranger Things 3 could be a boon for Netflix's business. Successful TV series and films have proven to help drive member acquisition in the past. "Big hits like 13 Reasons Why, Stranger Things and Bright result from a combination of great content and great marketing," Netflix explained in its 2017 fourth-quarter shareholder letter last January. Indeed, in the same shareholder letter, the company stated that Bright, starring Will Smith, "was a major success and drove a notable lift in acquisition."

The streaming-TV giant has been ramping up its spending on original content in recent years. Netflix Chief Content Officer Ted Sarandos noted in the company's first-quarter earnings call that the percentage of its content spend going toward original and Netflix-branded shows has been increasing every year. Though the high quality of these shows has been playing a key role in Netflix's strong member growth, the investments are pressuring the company's cash flow. This is because cash spend on originally developed content occurs one to three years before viewing and associated membership growth.

Fortunately, however, Netflix believes its widening operating margins and an expected slowdown in the year-over-year growth rate in content spend in the coming years will help the company eventually become free-cash-flow positive. Indeed, management expects its negative free cash flow trends to start improving in 2020 and in each year thereafter. Therefore, though free cash flow will almost certainly still be negative in 2020, it's not expected to be as bad as 2019's negative free cash flow.