Your parents probably told you when you were a kid not to do things just because others are doing them. That's still good advice. But when successful people do things, it makes sense to at least check out what they're doing to see if you could achieve success in the same way.

With that in mind, we asked three Motley Fool contributors to identify three stocks that the smartest people on Wall Street are buying that could be smart picks for ordinary investors, too. Here's why they chose Alphabet (NASDAQ:GOOG) (NASDAQ:GOOGL), Amazon.com (NASDAQ:AMZN), and Ventas (NYSE:VTR). 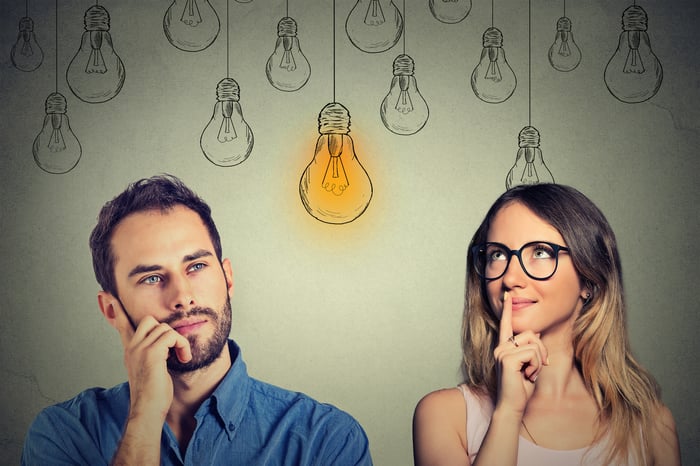 Keith Speights (Alphabet): Hedge funds have poured money into Alphabet for years. And they continue to do so. The recent pullback for the giant tech stock creates an even better opportunity for investors to follow in their footsteps.

Alphabet is a bona fide cash cow thanks to the popularity of Google Search, YouTube, and its other apps. It generated nearly $25 billion in free cash flow over the last 12 months. The company's cash stockpile currently stands at more than $113 billion. That's an enormous amount of money that Alphabet can use to reward shareholders through stock buybacks or invest to fuel growth.

I suspect that hedge fund managers like several of the ways that Alphabet has invested its money in recent years. The company has become a top player in the cloud computing market. CEO Sundar Pichai said in Alphabet's Q4 press release that Google Cloud continues to be "one of the fastest-growing businesses across Alphabet."

Alphabet's Waymo subsidiary has emerged as a top leader in self-driving car technology. UBS analyst Eric Sheridan even thinks that Waymo could generate more than $100 billion in revenue by 2030. By comparison, Alphabet's total revenue last year was a little under $137 billion.

What about concerns that regulators could break up Alphabet as antitrust concerns mount? Some Wall Street analysts think the sum of Alphabet's parts could be worth a lot more than the company is valued now. Alphabet continues to be a cash cow with great growth opportunities.

This internet giant has Buffett's blessing

Keith Noonan (Amazon.com): Berkshire Hathaway's 13-F filing in May showed that the company had initiated a position in Amazon.com. Warren Buffett has been typically been averse to technology stocks, but he lamented having underestimated Amazon and Jeff Bezos following his company's most recent quarterly asset disclosure. Amazon shares are up substantially since the quarter detailed in Berkshire's filing, with the stock having climbed roughly 12.5% since the March 31 date that marks the end of the filing cut off and roughly 33% since the beginning of January.

The gains might raise the question of whether investors should hold off on the stock -- a question that might have also been raised following many of its other rallies over the past two decades. Amazon now trades near a lifetime high. It's true that investors may have the opportunity to buy the stock at a cheaper price, but perhaps no other company looks better suited to adapt to and shape big tech trends.

Most people are familiar with Amazon's online retail business, and e-commerce is an industry that's likely to continue to grow at a healthy clip throughout the next half-century. The company's massive online retail imprint and Prime ecosystem create a wide range of consumer-facing opportunities, but investors who have been watching the stock know that the real growth engine in recent years has been its Amazon Web Services segment. The company's Web hosting and cloud services business provides the backbone for a massive section of the web, and that makes it a strong bet on the overall growth of internet communication services and content.

Amazon has shown it's willing to take risks to innovate. There have been failures, but winding up at the forefront of both e-commerce and cloud services is about as good a track record as you could ask for over the past quarter-century. With strength in these categories providing an excellent foundation and boding well for its chances to lead in artificial intelligence and other potentially breakthrough technologies, it's not too late for long-term investors to stake a winning position in Amazon.

Reuben Gregg Brewer (Ventas): Brookfield Asset Management increased its stake in healthcare real estate investment trust (REIT) Ventas by 80%, according to its May 2019 13-F filing. Brookfield operates a large real estate portfolio, so it knows a thing or two about property markets. The interest in Ventas isn't surprising.

The REIT has worked through a retrenching that involved shedding assets (via sales and the spinoff of its nursing home operations), creating key relationships with builders in the medical office and research facility space, and reducing leverage. It's also been working through an oversupplied senior housing market, a business segment that makes up 55% of its revenue. Financial results have been weak for a number of years.

All of that done, Ventas believes it will start growing again in 2020. The oversupply in senior housing is set to switch to undersupply, which should allow for higher occupancies and rents. And the REIT has a material pipeline of medical research and office facilities to build that will boost top- and bottom-line results. Assuming Ventas' management's expectations pan out, the future will be much better than the recent past. 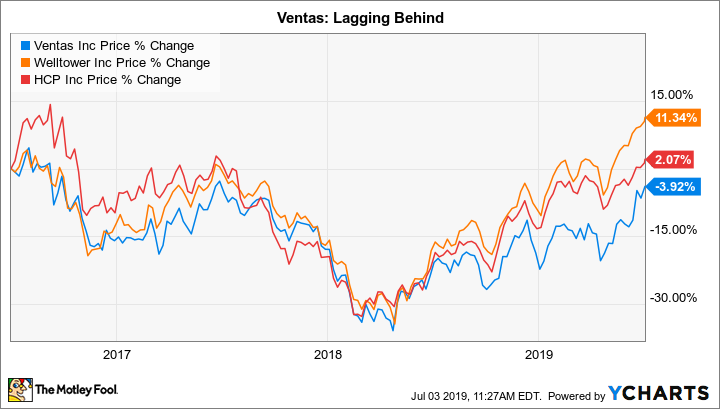 So far, so good, but what about price? The REIT currently trades at about 18.5 times its normalized 2019 funds from operations projection. That's lower than peers Welltower and HCP, at roughly 20 and 19 times FFO, respectively. So it's a relative bargain, but hardly cheap. If you're looking for a diversified healthcare REIT, Ventas is worth a look based on its improving outlook and relatively low price. But if you're looking for a bargain, wait for a pullback before following Brookfield's lead on this one.