There's nothing wrong with the satellite radio operator, but Netflix is a peerless investment right now.

Each of these digital media titans has its pros and cons for investors, and I happen to own shares in both. Let's review the relative merits of owning Netflix and Sirius, on the eve of their earnings reports.

This stock has never been a traditional value play. It trades at 134 times trailing earnings and 62 times forward estimates today, and the company is consuming more cash than its operations can generate.

The nosebleed valuation is motivated by Netflix's stellar track record and prospects when it comes to growth. The company has more than tripled its top-line revenue over the last five years while adjusted earnings multiplied fivefold. We Netflix investors are betting on this growth trajectory extending over several more years.

At the same time, the bottom-line idea is that Netflix will start to generate positive free cash flow at some point. The all-cash expenses involved in making lots of original content should pay off by attracting millions of long-term customers. Management's latest update on that tipping point is that the $3 billion of negative free cash flow per year will stabilize in 2020 and then start to improve. Roughly five years later, Netflix should be able to start paying down its debt instead of taking new loans.

All of this makes it a long-term investment for patient shareholders. The road ahead looks bumpy, and the emerging plethora of new streaming video competitors will certainly keep Netflix on its toes. But I don't expect the company to make any drastic changes to its business model anytime soon, because the current trajectory makes sense. It's fair to say that Netflix went all-in on original content production at the right time, preparing the company for exactly this kind of sea change.

Therefore, Netflix may have grown my original investment by 5,700% over the last decade, but I still think it's one of the finest opportunities for further gains from here.

The case for Sirius XM

The satellite radio specialist branched out to online audiences in a big way with the $3.5 billion buyout of Pandora Media. That deal closed in February 2019, boosting Sirius' annual revenue by $1.6 billion. Pandora used to report negative earnings and cash flow on a consistent basis, but Sirius expects to balance out those negative bottom-line trends with cost-saving synergies and cross-promotional wins.

I never bought a share of Sirius in my life, backing into this stock by holding on to Pandora as that stock-based merger played out. I think it's a match made in heaven, because Pandora's biggest problem was always a lack of funds to power the company's global growth aspirations. With access to Sirius' meaty cash flows, the operating segment formerly known as Pandora can make the most of its growth opportunities as the streaming media explosion extends to music services.

In all fairness, that's another increasingly crowded market. Both Pandora and Siri have been fighting plenty of upstarts since time immemorial, and the current batch of rivals includes deep-pocketed success stories like Apple Music and Spotify. I think it's tough to beat this two-headed monster's organic growth in satellite radio services and promising greenfield opportunities in online music services.

Fellow Fool Rick Munarriz recently said that this is a good time to trust Sirius and upgrade the stock. I can't say that he's wrong. 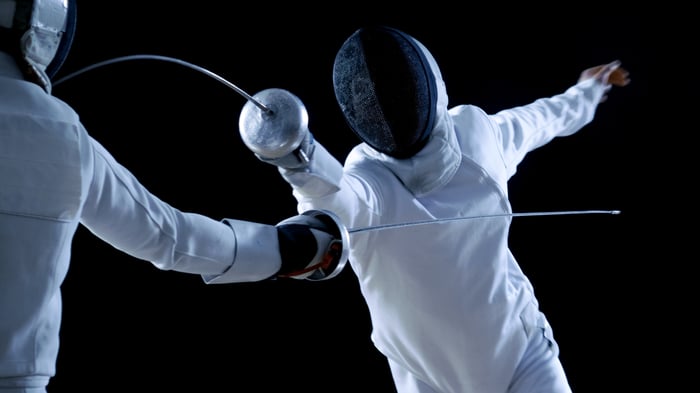 Your mileage may vary, but here's my final verdict

I'm holding on to both Netflix and Sirius as we're heading into their respective second-quarter earnings reports. I'm a committed long-term owner of Netflix, expecting a few speed bumps along the way but ready to reap massive rewards many years down the road. This is the stock I'd recommend for growth investors with a long market view and a fairly robust appetite for stock charts that resemble roller coaster rides.

Sirius is a similar story, but a less convincing one from where I sit. I do believe that this stock can beat the market over the next few years, and the positive cash flows could make Sirius a better bet for risk-averse investors in the online media sector. Still, hiccups in the Pandora integration could make me walk away from Sirius much faster than I would abandon Netflix for some short-term misstep.

So you could call Sirius XM a hold in traditional analyst terms. But Netflix shares have fallen 11% over the last 52 weeks while the long-term growth story stayed intact. That's a solid buy in my book, even at these sky-high valuation multiples.