Two execs are heading for the exits.

The declines appear to be tied to a press release Wayfair issued yesterday evening. Both the company's chief operating officer, James Savarese, and its chief technology officer, John Mulliken, "will retire from the company in 2019." 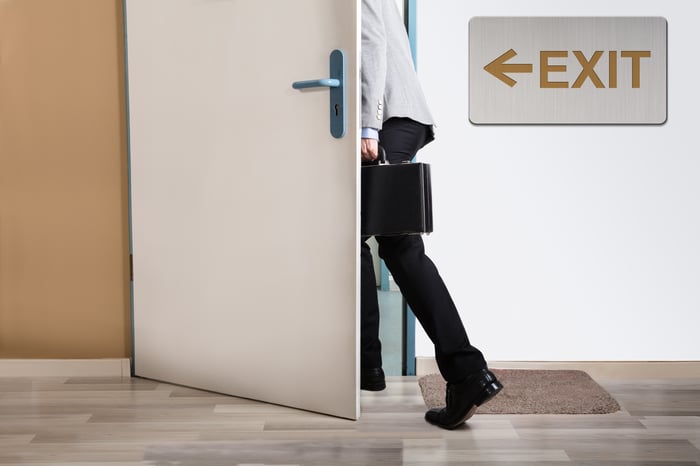 The two executives both spent "more than a decade" with the company, and both are credited with "helping to drive Wayfair's rapid ascent from an e-commerce start-up to a global, Fortune 500 technology leader and consumer brand." Their simultaneous departure naturally shook investors' confidence in the stock -- Wayfair's protestations that it's already picked a new COO and an interim CTO notwithstanding.

The facts that Wayfair isn't a profitable company, and isn't expected to earn any profit before 2024 at the earliest, probably didn't help.

Nevertheless, Wayfair insisted that all is well: The executives' departures were part of "a planned transition." The new COO, Thomas Netzer, is the current COO of Wayfair's European operations -- where according to data from S&P Global Market Intelligence, Wayfair's sales have been growing even faster than here in the U.S. And he's supported by "strong teams [that] have well positioned Wayfair for continued success."

We'll get our next glimpse of how that's working out for Wayfair when the company reports Q2 2019 earnings on Aug. 1.

Can Wayfair Overcome the Post-Pandemic Headwinds?

Wayfair's Pandemic Boom Is Over