The days of all-out subscriber growth -- at least in the U.S. -- may be coming to an end.

Netflix's ( NFLX 2.10% ) new subscriber numbers didn't live up to investor expectations in the second quarter of 2019. Net additions of 2.7 million were far lower than the 5.0 million forecast -- although it's important to remember the knockout 9.6 million net additions reported just three months ago.

Nevertheless, while growth is growth, a reported net decrease in subscribers in the U.S. is what may have taken some shareholders by surprise. This could be just the beginning of a volatile period of transition for Netflix.

Netflix subscribers in the U.S. fell by 130,000 to 60.1 million in the second quarter, offset by 2.83 million net additions overseas to 91.5 million. The streaming service said there were a few reasons for the comparatively sluggish pace of growth. 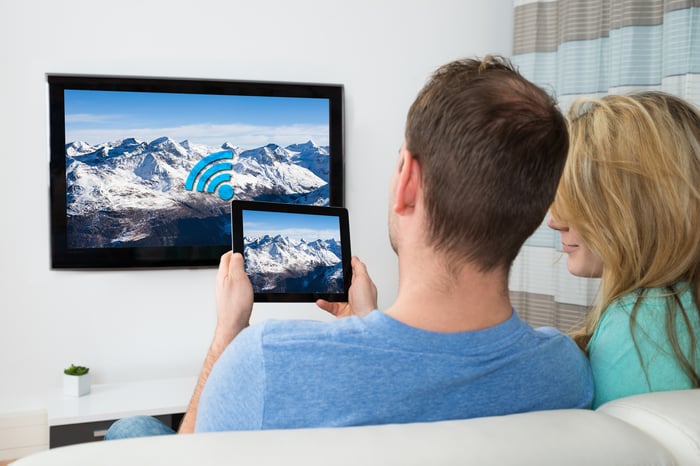 The first was that some new subscriber adds may have been pulled forward in the first quarter, thus reducing the totals in Q2 that management had otherwise expected to occur. Put simply, quarterly forecasting is an imperfect science.

Management also cited a weaker slate of new content releases during the spring. Things should rebound in the third quarter with popular shows like Stranger Things and Orange Is the New Black getting new seasons, not to mention a few new movies. Popular content is a great way to get households paying or reactivating streaming accounts.

The third reason was pricing, especially in Netflix's most developed markets (like the U.S.). During the spring of 2019, the company rolled out a number of price hikes it said will help it continue to create new content. Though it ended up being a net win (U.S. revenue increased 11%, as the 130,000 subscriber loss equated to a less than 1% drop in total count), there was worry that some consumers would head for the exits and look for other alternatives. Netflix confirmed the price hikes were a big reason for its first subscriber decline in years.

The disrupted strike back

The second-quarter results could be nothing more than a blip. Netflix is still a fast-growing business, so some quarter-over-quarter volatility should be expected. However, it could also be a forbidding signal that the subscriber growth party's over -- at least here in the states.

Netflix got ahead of the streaming content movement, and it's taken years for status quo cable and studio companies to catch up. However, all of that is about to change in dramatic fashion. The fact that Netflix is already losing steam before its biggest competition even gets rolling could be a bad sign. Management insisted that current alternative services (like from AT&T's HBO Now and Hulu, which incidentally lowered some of its pricing shortly after Netflix announced its increase) haven't taken a bite out of its advantage. I would beg to differ.

There is plenty of room for lots of streaming services, and that's the foreboding point. In the next 12 months, the number of new TV options coming online is impressive. There's Disney's ( DIS 0.29% ) Disney+, the entertainment giant's flagship streaming service going live this fall alongside Hulu and ESPN+. Apple is jumping in the streaming game sometime in the next year, as is Comcast's NBCUniversal. It isn't an apples-to-apples comparison, but even movie theater chains have been getting in on the action, like AMC Entertainment and its Stubs A-List monthly subscription that offers up to three movies a week starting at $20 a month. It's not a terrible offer for those who like the cinema experience and don't mind vacating the couch, especially considering Disney recently acquired Twenty-First Century Fox's steady stream of potential box office hits scheduled for the foreseeable future.

For the most part, all of these entertainment subscriptions (including Netflix) are easy to turn on and off each month. With so many options out there to choose from, billions of dollars being spent on new programming, and many rival companies just starting to pull content from Netflix to stock up their own platforms, we may be entering an era in which event-driven show and movie releases are the deciding factor where people spend their screen-time budget each month. In the world of monthly payments, "churn" -- the number of people switching off a service -- could be a serious factor to keep an eye on.

Of course, Netflix's international subscription growth is still alive and well, and it is forecasting 6.2 million additions in Q3 2019. But U.S. expectations are for a modest rebound of 800,000 net additions in the third quarter. A rebound it is, but Netflix just proved it isn't above making bad forecasts. U.S. new subscriptions numbering in the millions each quarter could be a thing of the past.