Shares of Skechers (NYSE:SKX) were up 12.8% as of 2:30 p.m. EDT Friday after the footwear company announced strong second-quarter 2019 results. 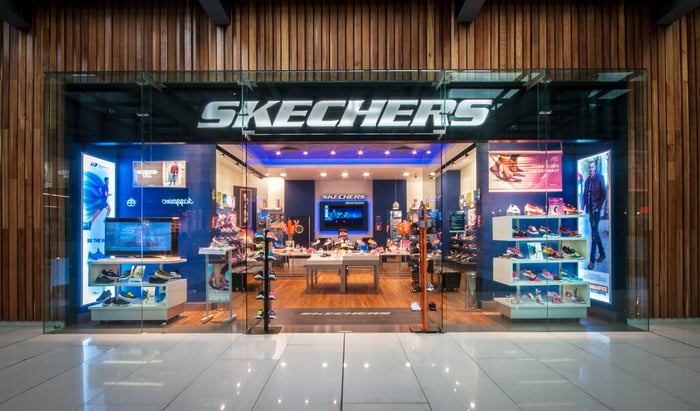 Chief Operating Officer David Weinberg called Skechers' record second-quarter performance "a testament to the demand and strength for our brand and products."

International sales were a bright spot for Skechers, climbing 19.8% to comprise nearly 56% of its total revenue -- and effectively propping up its more modest 1.5% domestic growth.

"We're continuing to strategically view our business with a global lens as trends are traveling faster," stated Skechers CEO Robert Greenberg. "Specifically, many of our key product styles are introduced at virtually the same time around the world, with nuances in certain markets, giving us the ability to replicate our success around the globe."

There was little not to like about this straightforward quarterly beat and encouraging forward outlook. And Skechers stock is responding in kind.