Airplane aerostructures supplier Spirit Aerosystems (NYSE:SPR) is expected to report fiscal Q2 2019 earnings on July 31 -- but I don't think that's the reason Spirit stock, which closed up 7.2%, soared today. Instead, I believe it's the encouraging guidance coming out of Boeing that's buoying Spirit stock.

Yesterday, as you may have heard, Boeing issued a press release laying out its latest plans for dealing with its 737 MAX fiasco. It includes over $8 billion in charges to earnings the company says it will be taking as it collects cash to compensate everyone, from families who lost loved ones in a pair of MAX crashes to airlines that had to ground their MAX fleets in the wake of the disasters. 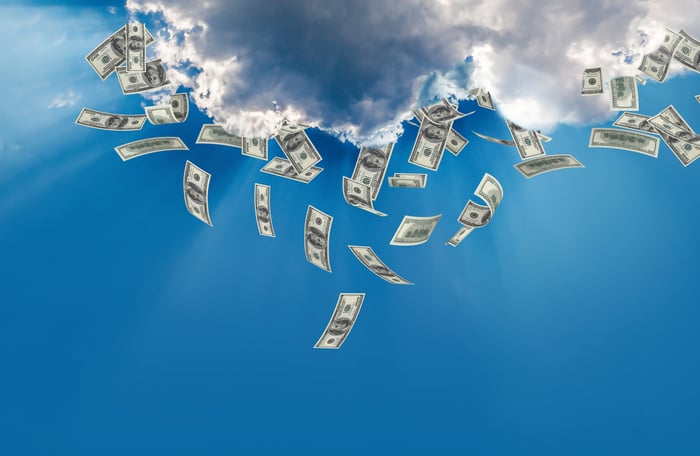 That's the bad news (for Boeing). Now here's the good news (for Spirit).

Part of the measures Boeing took to deal with its crisis included cutting the production rate on its 737 aircraft to just 42 units per month. (Boeing had been churning out 52 737s a month before the bad news hit). In yesterday's press release, Boeing did not mention any plans to cut 737 production further, however. To the contrary, Boeing said it plans to gradually increase the 737 production rate from the present rate of 42 planes per month up to a targeted 57 planes per month by 2020.

Will Spirit AeroSystems shares continue to gain altitude going forward? We should get some clarity into that question when earnings arrive at the end of this month -- but I really see no reason why Spirit would not do well.

On the one hand, Boeing is promising to maintain production rates at first then gradually increase them, which implies growing sales for its supplier. At the same time, any sales Boeing does lose are likely to be made up by its rival Airbus -- which is also a Spirit AeroSystems customer.

Looks to me like blue skies ahead for this plane-parts maker.