Facebook (NASDAQ:FB) will be among the throng of companies that will help kick off earnings season this month. It is scheduled to report its financial results after the market close on Wednesday, July 24.

Investors had expected slowing growth in the first quarter, but when the results weren't as bad as many had feared, Facebook's stock climbed nearly 6% on the trading day after the company reported earnings.

Can it continue its positive momentum going into the second quarter? Recent reports suggest it may have reached a settlement with government regulators on the consumer privacy issues that have plagued the social media titan. This is one of just a few things investors will want to watch. 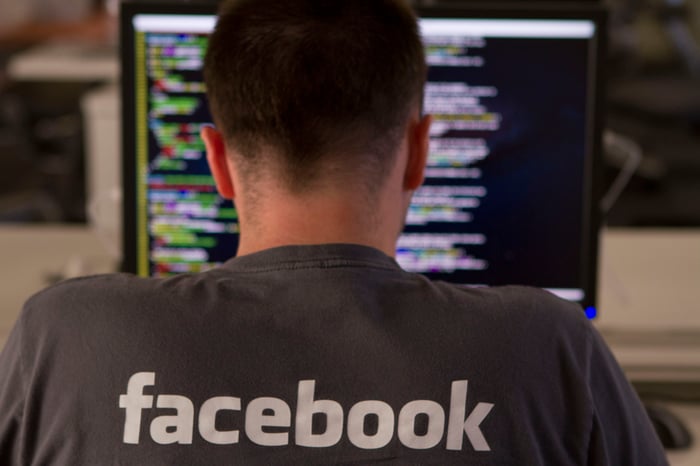 First-quarter revenue grew 26% year over year, edging out analysts' consensus estimates and the company's forecast. Management had guided for the top line to decelerate by a mid single digit percentage over the course of 2019, so the results were slightly better than expected. Strong ad sales were the main catalyst for its growth, climbing 26% year over year, aided by ad impressions that jumped 32%.

Management doesn't give specific quarterly guidance, but continues to provide a big-picture forecast. During the first-quarter conference call, CFO David Wehner said the company anticipates revenue growth to "decelerate sequentially throughout 2019 ... [and] we anticipate ad-targeting related headwinds will be more pronounced in the second half."

Shareholders will want to watch for any indication that the anticipated revenue slowdown is greater than expected.

Facebook has been the victim of its own success, with more than 30% of the population of Earth using its platform on a monthly basis. With the low-hanging fruit all but gone, the company continues to increase its user base, growing its monthly active users by 8% year over year in the first quarter, while consumers accessing the platform daily also increased by 8%.

The company has a quartet of platforms to attract a variety of users, and it reported that more than 2.1 billion people accessed Facebook, Instagram, WhatsApp, or Messenger every day, and that an estimated 2.7 billion use at least one of the platforms on a monthly basis.

Investors will be looking for any significant slowing of user growth or platform engagement, as that would spell trouble.

Profits will be pinched

During the first quarter, Facebook reported net income that declined 51% year over year, though it would have increased by nearly 9% if not for a one-time charge. This was the result of an accrual of $3 billion for an anticipated fine by the Federal Trade Commission (FTC), one of the regulatory bodies charged with antitrust authority. In its earnings press release, Facebook said: "We estimate that the range of loss in this matter is $3.0 billion to $5.0 billion. The matter remains unresolved."

Reports emerged late last week that it had reached a settlement with the FTC to the tune of $5 billion, though neither the company nor the regulatory body has confirmed the reports. Since Facebook has already set aside $3 billion, it would have to take another $2 billion hit in the current quarter to accrue the entire $5 billion.

If the reports are true, this would remove a significant overhang from the company. Early last month, it was widely reported that both the Department of Justice and the FTC were working out jurisdictional issues regarding a number of tech companies -- including Facebook -- and laying the groundwork for more in-depth antitrust probes. If the company has indeed reached a settlement, it could potentially forestall any additional action by the regulators.