A pure play in the electric vehicle (EV) market, NIO (NYSE:NIO) may be recognized by investors as one of the largest challengers to Tesla's success in China. But there are plenty of other things to learn about this company, which is driving ahead in pursuit of revolutionizing the Chinese auto market. And since the best investors are well-informed investors, let's look at some things to help provide a more complete view of the company.

Founded in 2014, the company originally operated under the name NextCar, changing it to NIO in July 2017. In its Chinese form, the name translates to "Blue Sky Coming," which stems from management's vision of a future with azure skies absent the pollution from internal combustion engines. 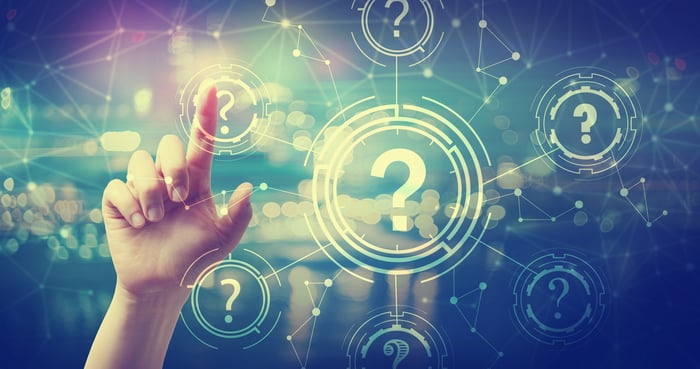 Raising $1 billion during its initial public offering, NIO debuted as a publicly traded company on the American market in September 2018. According to Reuters, management had higher hopes for the IPO; a source close to the issue claimed that the company had sought a valuation as much as three times higher when it first began the IPO process. On its first day of trading, the stock opened at $6, closed at $6.60, and traded as high as $6.93 for a reasonable pop.

3. One for the record books

Shortly after NIO's successful IPO, the company found itself sitting on top of the world -- literally. On Sept. 24, 2018, the company achieved a new Guinness World Record when Chen Haiyi from China ascended the Purog Kangri glacier in Tibet and reached an altitude of 18,751 feet in the NIO ES8, setting a record for the highest altitude achieved in an electric car. According to the company, the feat was meant to demonstrate the EV's prowess in high altitude and extreme cold.

Because of the company's limited operating history, financial data is rather scant. Nonetheless, one thing readily apparent is that the company has relied heavily on debt. At the end of Q1 2019, for example, NIO had a debt-to-equity ratio of 3.78, according to Morningstar -- a notable rise over the 0.17 ratio it had at the end of 2018.

For those who are bullish on the stock, the heavy debt load may not be alarming while the company works to build out its network of power solutions, including NIO Power Home and Power Express (more on these below), and begins delivery of the ES6, the second model in mass production.

With the EV market in the nascent stage of its development, NIO recognizes that the lack of available charging stations may impede potential customers from going electric. Therefore, it is striving to provide a variety of recharging options. For example, through its Power Home solution, the company will install charging stations at customers' homes when feasible. Additionally, NIO's customers can recharge at the more than 300,000 public charging stations throughout China as of the end of 2018. It supplements this with 485 fast-charging trucks dubbed NIO Power Mobile. And in 22 cities as of the end of 2018, NIO provided battery swapping to customers of both the ES6 and ES8.

While NIO's vehicles may only be seen on the roads of China, the company is drawing on talent from a worldwide pool of employees. In San Jose, California, for example, the company's North America headquarters is home to more than 500 employees who primarily focus on software development. According to the company, the London office works on "commercial Formula E [race car] management, strategic management, and our supercar development." Nearly 200 employees in the Munich office concentrate on product and brand design.

7. Are its eye bigger than its stomach?

While NIO currently sells only two models, the company aspires to expand its offerings considerably. It articulated this in its 20F annual filing, stating that it intends to "launch a new vehicle model each year for the near future, as we plan to offer our users more choices to suit their preferences and target different segments within the premium electric vehicle market in China." The company also plans to continually upgrade existing models "on an ongoing basis with face-lifts for each model around every one or two years, and do a major model redesign or upgrade every three years."

Does NIO belong in your portfolio?

While NIO may seem like a compelling opportunity to growth investors, it's important to recognize that the EV market in China is early in its development, and NIO will likely experience growing pains for the foreseeable future. This and the company's burdensome balance sheet suggest that it should only draw the attention of the most risk-tolerant investors.