Once upon a time (i.e., four years ago), all the SpaceX stock in the world could be bought for a mere $10 billion. My, my... how times have changed.

From February 2015 to January 2019, the combined market capitalization of still-privately-held SpaceX zoomed from $10 billion all the way up to $30.5 billion -- based on a $186 share price charged on the company's January private placement of 2.7 million shares.

Four months later, SpaceX stock was up once again -- to $33.3 billion, according to the number crunchers at CNBC. And now?

Now, believe it or not, SpaceX stock appears to be approaching $36 billion in market cap! 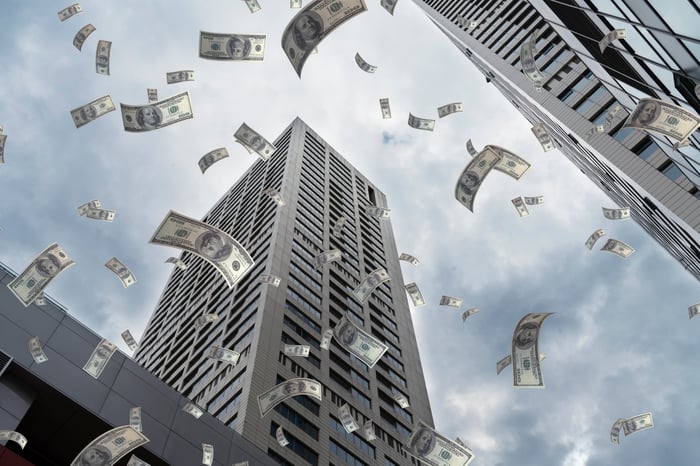 Yes, really. According to a filing with the SEC made public last week, SpaceX began a new offering of convertible preferred stock to its private investors on June 24. As the filing further reveals, the offering will approach $314 million in total value, and about 68% of the shares on offer have already been sold.

Granted, there's a lot of information missing from the filing, too -- such as a clear statement of how many shares of stock SpaceX will ultimately need to part with to raise its targeted $314 million. Citing sources who had seen the fundraising documents before they became public, though, CNBC reported last month that the SpaceX shares just issued were trading hands at $214 a stub. Assuming this is correct, this means that between May and June alone, SpaceX stock got about 5% more valuable.

Who is buying all of this SpaceX stock? And should you buy some, too? And if so, how?

CNBC believes that "part, if not all, of the investment in SpaceX is from the Ontario Teachers' Pension Plan." So if you're a teacher in Toronto, chances are you now own a small piece of the world's most innovative space company!

How small of a piece, you ask? To answer that, we're going to need to do some math. When we last checked in on SpaceX in January, the company had just wrapped up the sale of 2.7 million newly issued shares at a valuation of $186 per share, resulting in a $30.5 billion valuation and implying the existence of about 164 million shares in total.

May's equity offering, which raised $536 million by selling shares at $204 apiece, must have added another 2.6 million shares to the share count. And this most recent offering in June -- seeking to raise $314 million at CNBC's reported $214 share price -- should add a further 1.5 million shares to the count once it's been completed.

Add it all up and you get a total of 168.2 million shares of SpaceX outstanding. With shares at $214 apiece, SpaceX's total market capitalization comes to $36 billion.

Why should you care?

Seriously, why should you care -- I mean, unless you're a schoolteacher in Ontario and therefore a part owner of a company whose value is growing at an annualized rate of 60%, what difference does it make how much a share of still-not-publicly-traded SpaceX stock costs? Well, the answer is that, while the Ontario Teachers' Pension Plan may be one beneficiary of SpaceX's success going forward, it isn't the only one.

Perhaps you own shares of Alphabet (NASDAQ:GOOG) (NASDAQ:GOOGL), for example -- and perhaps you're not too happy about that, seeing as Alphabet shares have declined 4% over the past year while the rest of the S&P 500 has gained 7%? Well, according to S&P Global Market Intelligence, Alphabet acquired a $900 million stake in SpaceX back when the company was valued at $10 billion in January 2015 -- a 9% interest in the company.

At SpaceX's new $36 billion market cap, that 9% stake -- assuming Alphabet was prudent enough to hold onto it -- should now be worth some $3.2 billion. That's a 260% return on Google's initial investment, and if you own shares of Alphabet today, those profits accrue to you (along with the fringe benefit of being able to tell people that you own a piece of SpaceX).

As SpaceX continues to drive down the cost of a space launch, grab market share, and secure its dominance over the global space market, its stock value is only likely to grow -- and with it, the value of Alphabet's investment in SpaceX.

Simply put, the more Alphabet stock you own, the happier you should be to see this happen.