In his 1996 letter to shareholders, Warren Buffett offered this advice to would-be investors: "If you aren't willing to own a stock for ten years, don't even think about owning it for ten minutes." As such, it makes sense for investors to look at Buffett's conglomerate, Berkshire Hathaway (NYSE:BRK-A) (NYSE:BRK-B), in the same way.

After all, Buffett is 88 years old, and his partner and Berkshire's vice chairman, Charlie Munger, is 95, so it's possible that in 10 years, both will have left Berkshire, the company they have been running since 1965.

Though Buffett's and Munger's ages might give some investors pause, it's a pretty good bet that Berkshire will continue to be an excellent long-term holding well after both have retired. Here's what Berkshire could look like 10 years on. 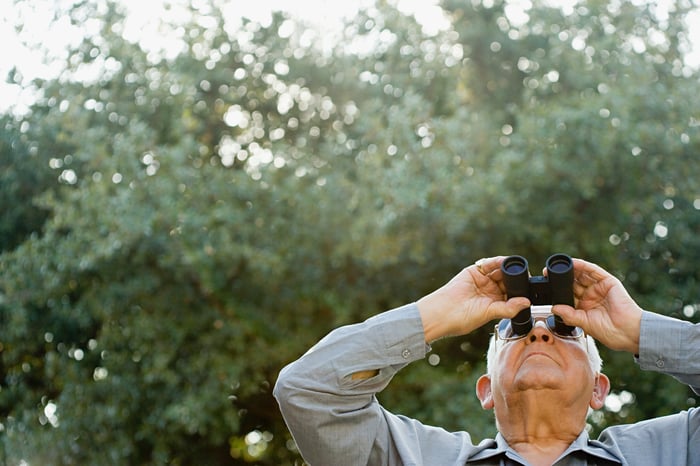 Recent promotions give clues to succession

Even though Buffett and Munger are two of the greatest capital allocators of all time, they've always had several all-star business managers working for them. In January 2018, two such managers, Ajit Jain and Greg Abel, were promoted to vice chairmen of Berkshire's board of directors -- the same title as Charlie Munger.

Ajit Jain currently runs Berkshire's giant reinsurance business, and was named vice chair of insurance operations. Jain, 66, a former McKinsey consultant, came to Berkshire in 1986, so his presence has been a key to Berkshire's success over the past 30 years. As the head of reinsurance, Jain is in charge of making huge bets on policies that other insurers may be wary of writing. His past success in what is no doubt a difficult job should put shareholders at ease about Berkshire's underwriting in the future. Buffett even once said that Jain had "made a lot more money for Berkshire than I have."

Greg Abel came to Berkshire in 1999 by way of MidAmerican Energy, which Berkshire acquired that year. Since then, Abel has risen through the ranks to become CEO of MidAmerican (now called Berkshire Hathaway Energy) and was promoted to head the company's noninsurance operations. This includes the dozens of operating companies that Berkshire owns outright (at least 80% ownership), including MidAmerican Energy, See's Candies, BNSF Railroad, ISCAR, and more. Sharing Buffett's love for numbers, accounting, and rationality, Abel is often looked to as the lead candidate to allocate capital among these wholly owned subsidiaries once Buffett has left the company. In a 2013 speech, Buffett said that Abel "brings me great ideas and is truly innovative in his thinking and business approach."

Finally, Buffett and Munger more recently hired two "junior" stock pickers in Todd Combs and Ted Weschler. Combs, a graduate of Columbia Business School (the same as Buffett), was hired by Berkshire in 2010, while Weschler, a graduate of Wharton, came to Berkshire in 2012. Each runs about $13 billion, in addition to some of Berkshire's pension assets. Not only have both been very successful hedge fund managers in their own right, but they are also helping Berkshire in other ways. For instance, Combs is Berkshire's point person on Haven, Berkshire's healthcare initiative in partnership with JPMorgan Chase and Amazon.com.

Hand-selected by Buffett and already running a large equity portfolio, one or both men are likely primed to take over Buffett and Munger's role as Berkshire's lead investor once the elder duo has retired.

In addition to new management, Berkshire's investment strategy may also change to include more technology companies. That's in part due to Berkshire's need to change with the times, and partly due to Combs' and Weschler's influence.

For instance, Berkshire has, in recent years, made Apple its largest stock holding, after many years of Buffett insisting that he didn't understand technology well enough to invest in it. What spurred Buffett to go all in on Apple? It was first brought to his attention by either Combs or Weschler (Buffett won't say which), one of whom initially purchased the stock for their smaller portfolio.

In addition to Apple, one of the two managers also purchased Amazon stock earlier this year. Buffett has long praised Jeff Bezos as a CEO and Amazon as a company, but has never bought in himself.

Buffett's Apple investment and Weschler and Combs' comfort with tech stocks likely mean that Berkshire will eventually hold more tech companies in the future, and may even delve into earlier-stage investments as well.

Could there possibly be a... dividend?

Berkshire has never paid a dividend, and shareholders are likely much happier it hasn't. Instead, Buffett and Munger have reinvested all Berkshire profits into buying whole businesses, public equities, and even Berkshire's own stock. Their capital allocation prowess is what has enabled Berkshire's stock to compound at over 20% per year on average since 1965.

However, Berkshire is sitting on an unprecedented $110 billion in cash, as Buffett and Munger have not found enough large investments on which to spend it all. The two men even relaxed the company's share repurchase rules last summer to enable buying Berkshire's stock at more modest discounts to fair value.

Clearly a victim of its own success, Berkshire is generating more cash than Buffett can currently wisely invest, and may, one day in the future, pay shareholders a dividend. In fact, one investor pushed the issue to a proxy vote in 2018, but the dividend payment was voted down by shareholders, at the board's urging.

While Buffett has vowed that dividends would be a last resort, he isn't totally absolutist on the matter. At the 2017 annual meeting, he said a time could come when Berkshire goes more heavily into buybacks, or, if the stock is unreasonably high, it "could be dividends." While Buffett didn't explicitly say that Berkshire would definitely pay a dividend in the future, he did say that if Berkshire's cash pile rises to $150 billion by 2020, "there's no way I can come back to you three years from now... and tell you that's a good move."

Berkshire investors shouldn't necessarily count on it, but it could be the case that the company will pay out either regular or occasional special dividends at some point in the next 10 years.

Despite these potential changes, investors shouldn't expect Berkshire's core structure, principles, or culture to change long term, and that's good news. Ten years on, Berkshire will still be a huge insurer, using those premiums to make investments in businesses, and guided by top-notch capital allocators with integrity and intelligence. That's why investors should feel confident in Berkshire for the next decade and beyond.

Where Will Berkshire Hathaway Be in 10 Years? @themotleyfool #stocks $BRK-A $BRK-B Next Article
Current