Packaged food companies have been falling over themselves to get into the market for meat alternatives since Beyond Meat (NASDAQ:BYND) went public in May. Beyond Meat showed the staid industry that not only is there a high demand for good-tasting faux meat, but that investors will reward companies chasing that opportunity with rich valuations.

This year has already seen Nestle and Tyson Foods talk up their plans to expand their lines of meat alternatives. Now, ConAgra Brands (NYSE:CAG) has joined that conversation. It already has a substantial position in the meat alternative category with its Gardein brand, and late last month made some clear statements about why it was investing in greater production capacity for those products. If meat alternatives live up to their potential, ConAgra could see its revenue growth accelerate and its stock price soar. 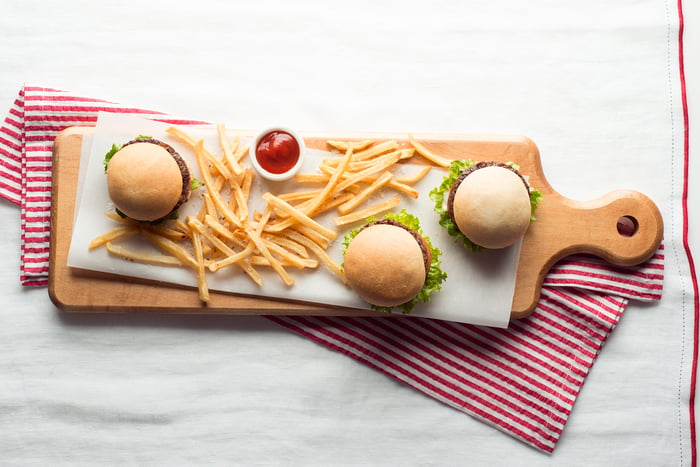 Buying a position of strength

ConAgra is well-known for traditional packaged food brands such as Hunt's and Chef Boyardee. However, as part of its $10.9 billion acquisition of Pinnacle Foods last year, the company took control of Gardein -- a meatless protein food brand with a wide array of products including patties, faux chicken, faux meatballs, and more.

The brand is highly regarded in the vegetarian community and is growing quickly. In 2018, Gardein was the second-largest brand in its niche, with $173 million in sales -- more than four times its 2014 sales of $41 million.

The market opportunity is greater than just burgers

Consumer demand for meat substitutes has soared thanks to advances in the technology used to make them: They simply taste much better than they used to, and their texture and aroma have been improved as well.

Investors are fixated on the market opportunity for burger alternatives due to the success of Beyond Meat, but ConAgra sees a much larger opportunity translating into a $30 billion market for meat alternatives.

In a recent investor presentation, the company asserted its view that plant-based meat alternatives could win a 15% share of the broader market for protein-based food, based on its study of developments in the milk alternatives market. Over the last 10 years, non-dairy milks have taken significant market share, and as they've become commonplace, they've helped open consumers' minds to the idea of plant-based alternatives for traditionally animal-sourced foods. To reach a $30 billion market size would require a lot of growth from current levels. For perspective, Gardein is the No. 2 brand and only generated $173 million in sales last year, while Beyond Meat generated less than $90 million.

But with insiders forecasting growth of that magnitude, it's no wonder investors have gotten worked up. While meat alternatives' current popularity could prove to be a passing fad, if they do take and hold a reasonable slice of the overall food market, the niche could be huge and support several multibillion dollar consumer packaged goods franchises.

How much could Gardein be worth?

The huge gap between the current state of the industry and its potential explains the rich valuations the market has put on Beyond Meat and private competitor Impossible Foods. However, ConAgra hasn't received much credit for its ownership of Gardein.

Despite generating just $115 million in revenue over the last 12 months and churning out a net loss on the bottom line, Beyond Meat currently carries a total enterprise value of nearly $11 billion. (Enterprise value is a measure of a company's total value, including its cash balance and debt outstanding.)

In contrast, ConAgra generated over $9 billion in revenue last year and over $1.5 billion in operating profits. Gardein's sales alone almost doubled those of Beyond Meat. Yet ConAgra's enterprise value is only roughly $25 billion. If one assumes the Gardein brand is worth something similar to Beyond Meat, then investors are valuing the rest of ConAgra at a cheap valuation multiple -- less than 10 times operating profits. 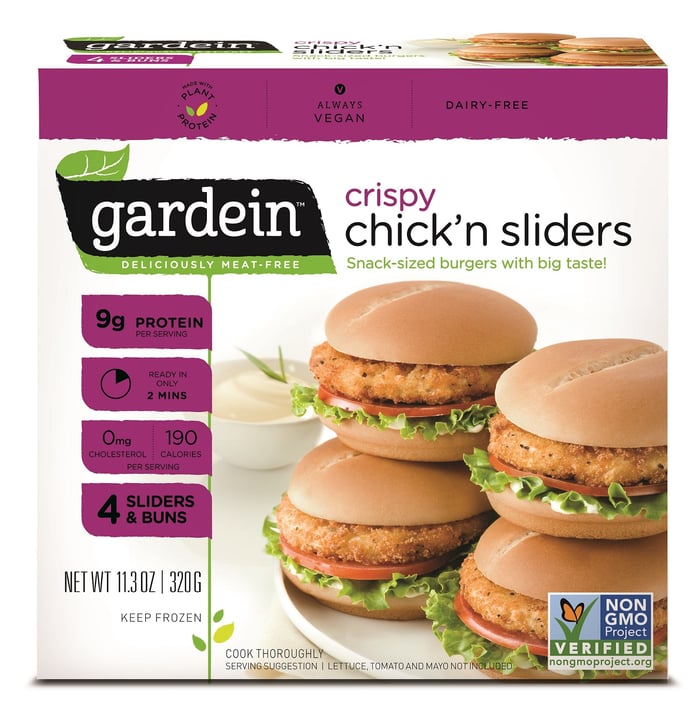 Because Gardein is such a small piece of ConAgra's overall business, investors are likely overlooking it. At the same time, Beyond Meat is arguably overvalued. However, if the market is in the right ballpark in its assessment of Beyond Meat's worth, then ConAgra's ownership of Gardein could be worth a substantial sum.

The meat alternatives craze has presented stodgy consumer packaged goods companies with an exciting new growth opportunity. Luckily, ConAgra finds itself with a valuable asset to capitalize on the trend. While it's not clear just how big plant-based meat substitutes will get, it's fair to assume that brands like Beyond Meat and Gardein should continue to see strong growth.

If the reality lives up to the hyped-up expecations and Gardein is able to keep up, ConAgra investors will be duly rewarded. However, it is also possible that the current craze will abate and the valuations of companies like Beyond Meat and Impossible Foods will fall back down to earth.